Part-time Lecturer, Acting for the Camera 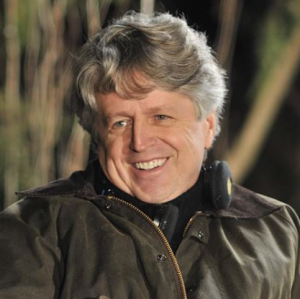 John is an Emmy Award-winning director and also the 2015 winner of Freehold Theatre's Honored Artist Award. He was the principal partner at the production company Moga/Jacobsen, where he co-created, hosted, directed, and produced the Emmy Award-winning PBS show, The Artist Toolbox.  He directed the feature film Around the Fire (starring Tara Reid and Devon Sawa), which premiered at The Seattle International Film Festival and was nominated for SIFF's Best Independent Filmmaker Award. Around the Fire also won Best Film at the Giffoni Film Festival in Italy. He has directed numerous shorts, including Arthur (Gold Medal of Excellence, Best of Fest Winner, two Accolade Awards, and selected for over 50 festivals), and Spinning. John has served as the Creative Consultant on many films, recently on The Gift, supervising everything creative, from script to casting to planning the shots to final cut. He co-produced the Columbia/Tri-Star feature Nervous Ticks. Other production credits include the HBO movie of the week Danger of Love, John Frankenheimer's 52 Pick Up, and The Assassin. Several short films he produced have won awards, including the Aspen Film Festival and the gold, silver, and bronze awards at the Houston International Film Festival. John has directed over thirty stage productions regionally and in New York, as well as directing numerous commercials, documentaries, and corporate videos, and worked as an assistant on Broadway and off to the legendary director Hal Prince. He is the co-founder and former Executive Director of TheFilmSchool and served as its board President from its inception in 2003 until 2013.  John has taught master classes in acting (film and stage), directing (film and stage) and writing all around the country and abroad at such fine institutions as The University of Washington, Seattle University, UCLA, Cornish College of the Arts, Seattle Central College, Freehold and TheFilmSchool. He was a Directing Fellow at the American Film Institute (AFI), a member of the honor society Omnicron Delta Kappa, has won numerous writing and directing awards, several awards for his photography, and the Big Brother of the Year Award.