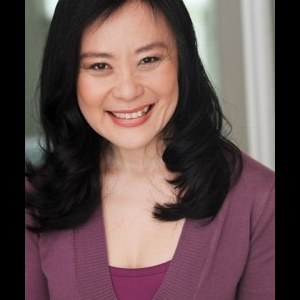 Her scripts have been presented in Seattle; Vancouver, B.C; Chicago and Minneapolis. Her script B4 was selected as part of the International Centre for Women Playwrights’ Chicago Her-rah Festival 2007, and won Honorable Mention in New York’s New Works of Merit Playwriting Contest. She was also featured in The Dramatist Magazine in 2007 as “50 to Watch.”

In 2012 she received Verizon’s Asian Pacific American Bash’s Innovator Award and A Special Award of Recognition by The Seattle Theater Writers Gypsy Awards for Excellence in Playwriting. As an artist she has been honored by the National Association of Asian American Professionals in Seattle as their Artist of the Year in 2003 and by ArtsFund.

She is also a Co-Executive Producer for SIS Productions, a local Asian American theatre company run by women to provide them with opportunities for developing leadership skills.