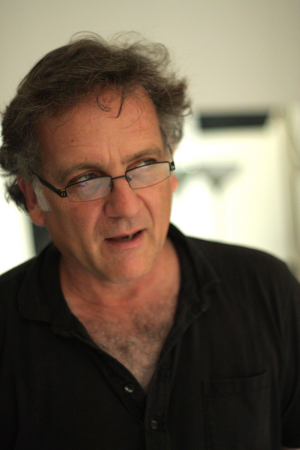 Whit MacLaughlin is a guest artist with the School of Drama and is currently working with our MFA actors and designers on the creation of Cold Empty Terrible.  In this symposium, Whit will give a brief history of New Paradise Laboratories and an overview of the company's work. In addition, he will discuss the process of creating a performance from scratch, the role of performers as writing partners, and his take on the future of theatre.

Whit MacLaughlin is the OBIE and Barrymore Award-winning Artistic Director of New Paradise Laboratories. He has created 17 original works with the company since 1996, including Batch (2007 with Alice Tuan), a commission for the Humana Festival of New American Plays, and Freedom Club (2010), a collaboration with Adriano Shaplin and the Riot Group. He is also an Artistic Director of PAPAYA (PA Performing Arts for Young Audiences), which presents and produces work for multigenerational audiences. His freelance career extends to theatres around the country. He is a frequent collaborator with the Arden Theatre Company in Philadelphia where he has directed 16 award-winning productions. He is a recipient of a 2002 Pew Charitable Trust Fellowship in Performance Art and was honored internationally at the 2011 Prague Quadrennial.

New Paradise Laboratories is an experimental performance ensemble based in Philadelphia that explores radical means of expression to bend and reshape conventional ideas of theatre. We imagine theatre as visionary experience and create work in a variety of media. We champion collaborative creative techniques and support an artist-as-entrepreneur model in our organizational structure. Founded in 1996, NPL’s work has been presented at the Ontological Theatre and PS 122 in NYC, at the Walker Art Center and Children’s Theatre Company in Minneapolis, the Princeton Atelier, at the Humana Festival of New American Plays, as well as at residencies in a variety of colleges and universities across the country. NPL’s online exhibition space FRAME, newparadiselaboratories.org, has drawn hundreds of thousands of visits to date.