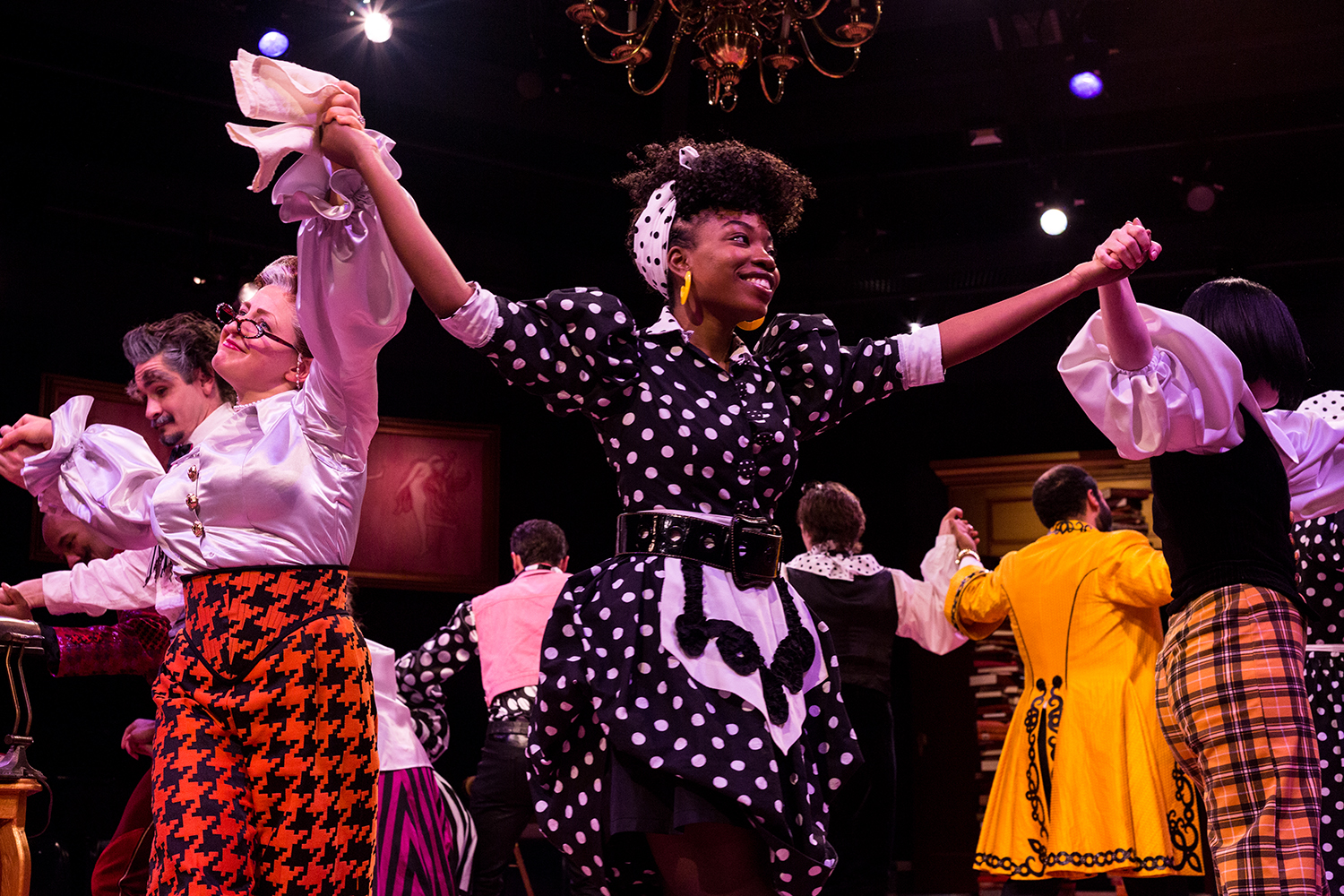 "I'm thrilled to be working alongside a faculty of master teachers and accomplished professional artists, and with a cohort of courageous and dedicated students. The training is grounded in tradition and deep practice, and yet pointed toward the unknown, the undiscovered, and the impossible. We graduate actors who are ready to work, and poised to shape the future of theatrical storytelling."

The UW Professional Actor Training Program (PATP) has been a highly regarded three-year conservatory training program for more than forty years. The program leads to a Master of Fine Arts in acting. We are devoted to preparing carefully-selected actors for the professional world of theatre, film, television, and new media. Our training is based on the time-honored traditions and practices of Stanislavski combined with extensive physical training that includes Suzuki Method, Viewpoints, Alexander Technique, and stage combat.

The primary focus of the PATP is to provide our actors with the tools and sensibilities to become outstanding theatre actors who are comfortable and effective in all media. The faculty is made up of successful theatre professionals who are inspired to teach.

Importantly, the PATP also strives to inspire life-long exploration and inquiry into the creative spirit that informs the actor’s work. We recognize the importance of ensemble work and the necessity of entrepreneurial skills in developing a versatile, evolved actor.

The training day is from 9 AM to 5 PM, followed by evening and weekend rehearsals and performances. Our program is structured to immerse students in the traditional vocabulary and practices set down by Konstantin Stanislavski and informed by the individual professional experiences of the faculty. The program is also designed to increase the actors’ expressiveness through “instrument classes” in voice, speech, dialects, and extensive physical training. Over the three years of study, our students are exposed to cutting edge material as well as work in the established canon of western dramatic literature. They also practice devising original performances.

SEE A SAMPLE COURSE OF STUDY

During their course of study, each student appears in at least seven productions, two self-written solo shows, and extensive scene and technique classes. Recognizing the opportunities beyond theatre, we also provide our students with screen-acting opportunities and audition coaching for film, TV, commercials, and new media. We provide the means, equipment, and expertise to make professional quality videos to showcase our students’ talents. During the third year, classes and projects focusing on career and business become part of the curriculum.

Prominent leaders from theatre, film and television often lecture and teach workshops with our students. PATP students receive a great deal of individual mentoring and are evaluated by the entire acting faculty at the end of each quarter. Students are admitted with the expectation that all will graduate, although unsatisfactory progress can result in dismissal from the program.

Acting Studio texts are drawn from Greek drama, Shakespeare, modern classics and absurdism, as well as contemporary authors. The focus of acting studio classes is to develop processes in both acting and directing students which they can then apply to a wide variety of scripts and situations. Additional courses include Play and Clown, Acting through Song, and Text Analysis.

Suzuki-based physical training and Viewpoints are taken by all of the graduate acting and directing students every quarter. The work is a lab for addressing physical foundations of acting process and the full involvement of the body in space. It includes elements of tempo, concentration, power, and the relationship of real and imagined elements on the stage.

MFA actors appear in at least seven productions during their time in the School of Drama. Productions cover a wide breadth of period, genre, and style, in order to offer our students the maximum number of opportunities to practice the skills they are gaining in their training.

Slideshows of past School of Drama productions.