Ticket sales cover most, but not all of the costs to make this incredible conference possible. Please consider making a donation at our GoFundMe account at http://www.gofundme.com/stories-uwdrama

By donating today you are funding: 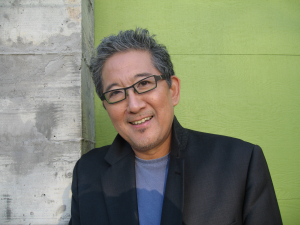 Philip Kan Gotanda is an American playwright and a seminal figure in the field of Asian American Drama. His career in American Theater has been one of articulating and championing the stories of the marginalized, the under represented, and the Other. In the late 70’s he became active in the Asian American Theater Movement that had recently begun with pioneers such as Frank Chin, Mako, Eric Hayashi, Tisa Chang, Wakako Yamauchi,Soon Tech Oh, Bea Kiyohara, Ernest Abuba, Beulah Kuo and others. Mr. Gotanda’s collections of plays, No More Cherry Blossoms and Fish Head Soup and Other Plays, are published by the University of Washington Press.  Other published plays include The Wash, The Dream of Kitamura, Day Standing on its Head, Yohen, and The Wind Calls Mary.  Mr. Gotanda was recently appointed a full professorship with the Department of Theater, Dance and Performance Studies at UC Berkeley. He resides in the Berkeley Hills with his novelist-producer wife, Diane Emiko Takei, her mother Lilly Katsuko Takei, and their famously ill-behaved dog, Toulouse. 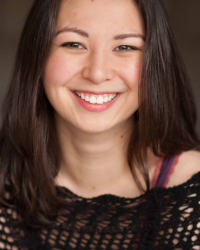 Project director Elizabeth Wu is a recently named Mary Gates Leadership and Research Scholar, and a member of the UW School of Drama Advisory Board. Having freshly completed her directorial debut with the Undergraduate Theater Society’s production of Yellow Face, she has been accepted into the London Academy of Music and Dramatic Art’s summer Shakespeare program where she hopes to further explore the intersection of Western theater and the Asian American body onstage. She will graduate with her BA in Drama: Performance this June, 2015.

ABOUT THE MARY GATES SCHOLARSHIPS

The Mary Gates Endowment expands opportunities for undergraduates by providing research, leadership, venture, and honors scholarships that ask students to articulate their goals, identify mentors, reflect on their experiences, and actively engage in their own learning processes. We facilitate community building among Mary Gates Scholars to enhance their experiences as scholars and leaders through unique opportunities, social activities, and events.

The Mary Gates Research and Leadership scholarships enable students from a wide range of disciplines to deepen their involvement in work with faculty on research, curricular design, the creative arts, and to foster student growth as leaders, often with a strong on public service in the community or on campus