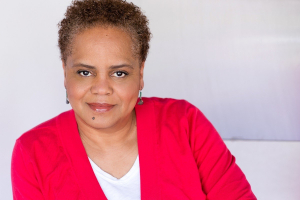 Professor Valerie Curtis-Newton, head of MFA performance, was awarded the 2014 Crosscut Courage Award in Culture. Crosscut, a non-profit news organization whose mission is "to reveal and strengthen the civic and cultural life of Seattle and the Pacific Northwest," presented the 2014 Courage Awards in Culture, Business, and Public Service, as well as a Lifetime Achievement Award, on October 23.

Curtis-Newton was presented the award because of her commitment to "diversifying NW theater and occasioning frank conversations about race." Read the full profile at Crosscut.com.