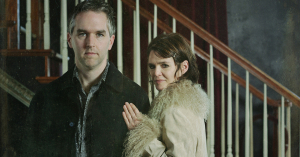 After directing a successful run of Tennessee Williams' A Streetcar Named Desire in January of this year, Associate Professor L. Zane Jones and her newly formed Civic Rep theatre company are tackling one of Williams' lesser known and more experimental works, The Two-Character Play, for their second production.

Williams considered The Two-Character Play his "...most beautiful play since Streetcar." Set in a theatre, the darkly comic story follows the journey of Clare and Felice, sibling actors with a questionable grasp on reality. On the day of a performance, they find themselves abandoned by their theatre troupe and forced to perform in front of a hostile audience.  As they get lost in the performance, they begin to rewrite the script in an attempt to face their demons and make sense of their lives.