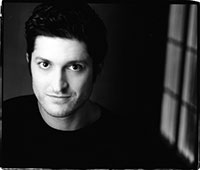 If you're interested in knowing what our faculty and students are up to this summer, check out our Summer Plans feature in the June e-newsletter.

Lenne Klingaman (PATP '07) played Mariane in Moliere's Tartuffe at The Shakespeare Theatre DC. Lenne is also working on completing her first debut album, The Heart is the Hunter.

Frank Butler (MFA '85) was the lighting designer for Juno and the Paycock at the Guthrie Theatre, running May 23–June 28.

Czerton Lim (MFA' 06) is the scenic designer for The Diary of Anne Frank directed by Artistic Director Jeremy Winchester (MFA '06) at Flint Youth Theatre in Michigan.

Matthew Smucker (MFA '02) was nominated for a Stranger Genius Award in performance.

Ben Zamora's (MFA '05) sculpture Alone. Standing. In the Darkness. Invisible. by the Duwamish River for DUWAMISH REVEALED and viewable from both land and the river, through September 30. He is also lighting a Steve Reich opera, Three Tales, with the Los Angeles Philharmonic and Walt Disney Concert Hall, featuring video by Beryl Korot.

Jane Richlovsky (Lecturer) recently gave a TEDx talk about artists and the creative economy, titled "When Artists Get Together They Talk About Real Estate." Watch it online.

Adam Noble (PATP '05) is currently a tenured professor of Acting & Movement at the University of Houston. This summer he plays the title role in Macbeth for the Houston Shakespeare Festival.

Anna Strickland (BA '15) was accepted into Seattle Repertory Theatre's Professional Arts Training Program as their Development Intern for the 2015-2016 season.