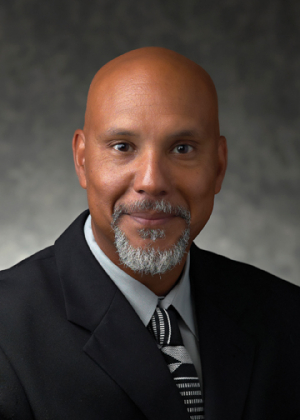 Tim Bond—noted director and educator and current producing artistic director at Syracuse Stage and the Syracuse University Department of Drama—has been hired as a full professor at the University of Washington School of Drama. An alumnus of the School of Drama MFA Directing program, Mr. Bond will teach in both the undergraduate curriculum and the MFA directing and acting programs. He will be relocating to Seattle from Syracuse this summer and will officially assume his faculty position in Fall 2016.

The Pacific Northwest theatre community was an artistic home for Tim Bond for many years. After graduating from the University of Washington in 1983, Bond worked extensively with The Seattle Group Theatre, eventually serving as its artistic director from 1991-1996. He then moved on to serve as Associate Artistic Director of the Oregon Shakespeare Festival from 1996-2007. He most recently returned to Seattle as the director of August Wilson’s The Piano Lesson, a 2015 co-production of Seattle Repertory Theatre and Syracuse Stage.

“This is big and wonderful news for the School of Drama,” said Todd London, the School’s executive director. “It represents a real homecoming—to Seattle and the University of Washington—for a major American artist and educator.”

"I am thrilled about returning to my artistic birthplace in Seattle and honored to join the distinguished faculty at the University of Washington School of Drama,” said Tim Bond. “I look forward to sharing my passion for social activism and inclusive theatre with the next generation of artistic leaders and global citizens."

About Tim Bond
Tim Bond has most recently served nine seasons as Producing Artistic Director at Syracuse Stage and the Syracuse University Department of Drama. While in Syracuse, Bond directed 15 productions and created partnerships with 11 prestigious theatre companies, including Seattle Rep, Portland Center Stage, Woolly Mammoth Theatre, McCarter Theatre, Cleveland Playhouse, as well as the two leading theaters in South Africa: The Baxter Theater and The Market Theater. Tim will complete his tenure this spring directing productions of To Kill a Mockingbird and The Christians. He will receive a Catalyst for Racial Justice Award in February from Syracuse Interfaith Works.

Prior to his time in Syracuse, Tim worked as Associate Artistic Director of the Oregon Shakespeare Festival from 1996 through 2007. At OSF, he directed 12 productions and received Back Stage West Garland Awards for Outstanding Direction and Best Production for Blues for an Alabama Sky and Les Blancs. One of his signature projects was the development of the FAIR program which focused on cultivating the next generation of theatre artists from diverse backgrounds.

Before going to Oregon, Tim was Artistic Director of The Seattle Group Theatre from 1991 through 1996. He directed over 20 productions during 13 seasons at the Group where he initially was Literary Manager and Associate Artistic Director. A program he implemented there, the MultiCultural Theatre Festival, helped launch the careers of many playwrights.

Tim holds a Bachelor of Fine Arts in Drama from Howard University and received his Master of Fine Arts in Directing from the University of Washington. He has been a guest instructor at the University of Washington and University of Wisconsin-Madison and directed at Cornish College of the Arts and The Julliard Drama School. He has guest directed at many regional theaters including The Guthrie Theatre, Arena Stage, Seattle Repertory Theatre, A Contemporary Theatre, The Empty Space, Seattle Children’s Theatre, Indiana Rep, Milwaukee Repertory Theatre, Actors Theatre of Louisville, Arizona Theatre Company, GEVA Theatre, Honolulu Theater for Youth, Cleveland Playhouse, The Wilma Theatre, and Portland Center Stage.