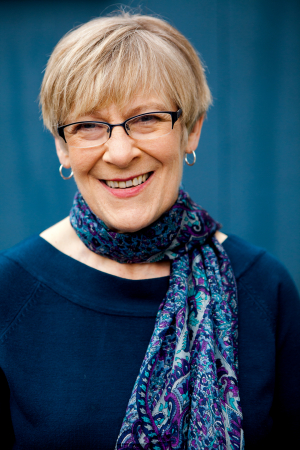 With the approval of UW President Ana Mari Cauce and College of Arts & Sciences Dean Bob Stacey, the School of Drama is pleased to share with our friends, supporters, and alumni that the Design Wing of Hutchinson Hall will now be known as the Sarah Nash Gates Design Wing.

Sarah started at the School of Drama as a professor in costume design before becoming executive director in 1994—a position she would hold for 20 years before retiring in 2014.

Overseeing the renovation of the Hutchinson Hall design wing was just one of Sarah's many accomplishments during her tenure as our School's excecutive director.

She was our leader for 20 years and will remain always our teacher.