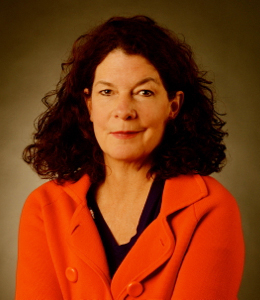 Bridget Connors—noted voice and speech teacher currently serving as Professor and Head of Voice, Speech and Movement in the Conservatory of Performing Arts at Point Park University in Pittsburgh—has been hired as a Senior Lecturer in Voice and Speech at the University of Washington School of Drama. Bridget will take over the teaching work of longtime School of Drama faculty member Judith Shahn, who is retiring at the end of this academic year.

“We are doubly fortunate to have Bridget Connors joining our faculty,” said Todd London, the School’s executive director. “First, she is a truly excellent and experienced teacher of voice and speech, who has proven herself a leader everywhere she’s taught, as well as in the national voice and speech community. Further, she’s had a truly distinguished acting career and, so, brings to UW a deep awareness of the overlap between skills training and the acting process, between text and character. It is hard to say goodbye to Judith Shahn, who has built the reputation of our Voice program for so long. At the same time, we’re overjoyed to have found someone of Bridget’s caliber to carry this work into the future.”

“I am thrilled to be joining the University Of Washington School Of Drama for which I have held long-standing respect and admiration,” said Connors. “I am honored to continue the legacy of my predecessor, Judith Shahn. Inspired by the exceptional faculty of collaborative artists that I will be working with, I look forward to engaging the students in the exploration of the resounding expression and creative energy of the voice.”

Connors has been teaching voice, speech, dialects, and heightened text for over 20 years. In addition to her work at Point Park University, she also served as Associate Professor at Florida Atlantic University from 1997-2007, and was Head of their MFA Acting program from 2003-2005. Additional faculty appointments include Miami of Ohio University and Chapman University in Southern California.

Awarded a BFA in Vocal Performance from the University Of Michigan School of Music and an MFA in Acting from California Institute of the Arts, Connors has continued post-graduate training in voice and speech. She has studied with Louis Colaianni, Dudley Knight, Phil Thompson, and, most notably, with Kristin Linklater and Andrea Haring to receive her Designation as a Linklater Voice teacher in 2003. She is also a founding Member of the Kristin Linklater Voice Center in Orkney, Scotland.

In addition to teaching, Connors is also an accomplished actress. She has performed leading roles in regional theatres across the country. Shakespeare productions include Paulina in The Winter’s Tale, Beatrice in Much Ado about Nothing and Lady Macbeth (New Theatre), Adrianna in The Comedy of Errors ( Oregon Shakespeare Festival),  Emilia in Othello ( New Mexico Rep), Helena in A Midsummer’s Night’s Dream ( South Coast Repertory) Princess of France in Love’s Labour’s Lost ( Colorado Shakespeare Festival), Bianca in The Taming of the Shrew (Shakespeare Santa Cruz), Marianna in Measure for Measure ( Idaho Shakespeare Festival ) and Margaret in Much Ado About Nothing ( PCPA Theatrefest). She performed Gunhild Borkman in Ibsen’s John GabrielBorkman (Quantum Theatre) and Nora in A Doll’s House opposite Bryan Cranston (Shakespeare Santa Cruz). She appeared as Nina in Brooklyn Boy and Agnetha in Frozen (Gable Stage), Susannah in The Clearing (Florida Stage) Sister- in- Law in Yerma (Indiana Repertory Theatre) and Daughter in Quilters (Arizona Theatre Company).  Additional acting credits include Mrs. Gibbs in Our Town and  Marty in Circle MirrorTransformation (Pittsburgh Public Theatre), Woman in All the Names, Gabrielle in When the Rain Stops Falling, and Dolores in Yerma ( Quantum Theatre), Mrs. Bumble in Oliver Twist, Mary Bryne in the Tinker’s Wedding and Mary Costello in When the Moon hasSet ( Pittsburgh Irish and Classical Theatre), Chloe in The 13th of Paris, City Theatre, and Carol in the world premiere of A Confluence of Dreaming, and Margaret in The Queens ( Pittsburgh Playhouse Rep).