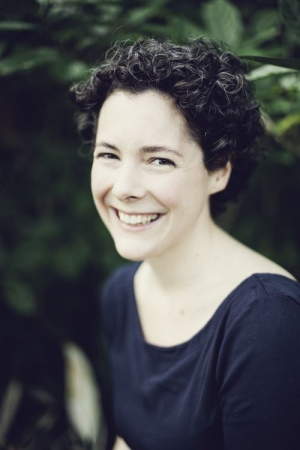 Holly Arsenault – playwright, arts administrator and Gregory Award winner - has been hired as the new Director of External Relations for the School of Drama at the University of Washington. Ms. Arsenault is leaving her position as the Executive Director of TeenTix where she worked for over ten years, helping to shape its mission and giving thousands of Puget Sound teenagers the opportunity to attend arts and cultural events in the Seattle area. Ms. Arsenault has her Certificate of Completion from the Nonprofit Executive Leadership Institute at the Evans School of Public affairs, and is also a graduate of the Bachelor of Arts program at the University of Washington School of Drama.

“I could not be more excited to return to my alma mater during this exciting period of growth,” says Ms. Arsenault. “I have spent the last decade thinking about how arts communities can forge better relationships with young people and with new audiences of all ages. The opportunity to apply what I have learned in service of the School of Drama--a place that has meant so much to me personally--is a dream. The work being done at the school under [Todd London’s] leadership is vital, and I'm looking forward to making sure that everybody knows about it and has access to it, and to building on the great foundation that has already been laid in service of strengthening the bonds between the School of Drama and the larger community. “

In 2013 Ms. Arsenault was called a “fervent enabler” in the Seattle Times where she was named as one of the top arts leaders who are “poised to shape the future of art in the Northwest,” as well as being featured on the Puget Sound Business Journal’s “40 under 40” list in 2015. In addition to her recognition as an arts administrator, Ms. Arsenault won the Gregory Award for Outstanding New Play for her play Undo; which premiered at Annex Theatre in 2013. Additional plays have been performed and workshopped at Live! Girls Theatre, Seattle Repertory Theatre, University of Washington School of Drama, Bainbridge Performing Arts, and Seattle Children’s Theatre, among others.