Todd London to step down as UW Drama Executive Director 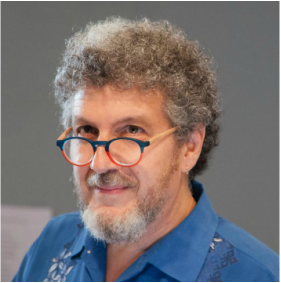 University of Washington School of Drama Executive Todd London has announced that he will step down in August, after four years leading the school. Todd will return to New York City, where he will be taking on a handful of projects in support of theater education, artistic equity, and creative exchange.

“My four years here have confirmed what I observed as early as my first interview for the position: that the faculty and staff of the School are made up of truly excellent, devoted artists, artisans, educators and administrators, who have together built a remarkable learning community for a great group of students,” says London, “I'm really proud of the unique and powerful things we've made happen in the past few years—on our stages and in our classrooms, within the School community and in collaboration with guest artists.”

London has been a determined forger of connections between the School of Drama and the wider community. During London’s tenure, the school expanded its programming to include staged readings—including the Seattle Theatres Lost and Founded Series, which celebrated the founding visions of several seminal local theatre companies—pre-show talks with UW scholars, and collaborations with local organizations, such as Skies Over Seattle, in which UW Drama students created theatre works with Roots Young Adult Shelter, Peoples Harm Reduction Alliance, and the Elizabeth Gregory House. Over the last four year, students have had the opportunity to work with local theatre practitioners like Samie Spring Detzer, Ali el-Gasseir, Kurt Beattie, Jane Jones, Myra Platt, Desdemona Chiang, Andrew McMasters, Andrew Russell, Jennifer Zeyl, and Marya Sea Kaminski.

London was a key member of the group that secured a $750,000 grant from the Andrew A. Mellon Foundation to fund the pilot Creative Fellowships Initiative. With Meany Center Executive Artistic Director Michelle Witt, London has helmed the project, which has brought prominent artists from around the country to work on creative research within each of the University of Washington’s arts units. The School of Drama’s Mellon fellows are Daniel Alexander Jones, Erik Ehn, Meiyin Wang, P. Carl, Shannon Scrofano, and the Ma-Yi Theater Writers Lab, and their residencies will continue through 2019.

“Throughout his career, Todd London has been a tireless advocate for new voices and visions in American theatre,” says Catherine Cole, Divisional Dean of Arts for the UW College of Arts & Sciences, “As Executive Director of UW’s School of Drama, Todd has infused our classrooms, studios, and theatres with the energies and creativity of leading American artists—sometimes through presentations of their plays on our stages, other times through the artists’ presence as creative researchers working alongside our faculty and students. This has been invigorating to us all.”

Robert Stacey, Dean of the College of Arts & Sciences, and Catherine Cole, Divisional Dean for the Arts and a professor in the School of Drama, will oversee the process of selecting London’s replacement.