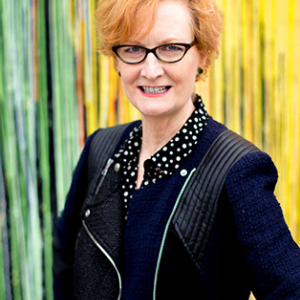 Leslie Swackhamer is an award-winning stage director of opera and theatre, noted for creating bravura acting ensembles and stunning visuals.

A passionate advocate of new work and work by women, she is the Executive Director of the Susan Smith Blackburn Prize, the oldest and largest international prize specifically recognizing women playwrights. She is also a founder of the Women Playwright's Festival in Seattle at A Contemporary Theatre and Hedgebrook. She has workshopped, directed, dramaturged or produced over 100 new works at theatre and opera companies across America.

Opera companies where she has directed include the San Francisco Opera, Vancouver Opera, Opera Carolina, Seattle Opera, Houston Grand Opera, Opera Omaha, Madison Opera, Dayton Opera, and Opera in the Heights.  In 2017, she will add the Washington National Opera at the Kennedy Center to this list.  She collaborated with composer Jack Perla and playwright Eugenie Chan on the development of the new opera, COURTSIDE, as part of Houston Grand Opera's East+West Project.  She is currently working with composer Sheila Silver, librettist Stephen Kitsakis and conductor Sara Jobin under the auspices of American Opera Projects on the development of a new opera based on Khaled Hosseini's international best-selling novel, A THOUSAND SPLENDID SUNS.  This work will be featured in Opera America's New Works Forum in NYC  in January, 2016.

She has held artistic leadership positions at The Cleveland Play House and ACT Theatre (Seattle).  In addition, she is a founding board member and past President of Theatre Puget Sound, the theatre service organization for the Pacific Northwest.