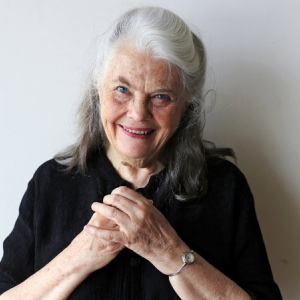 Lois Smith made her film debut opposite James Dean in Elia Kazan's 'East of Eden.' She had earlier begun studying with the legendary Lee Strasberg at the Actors Studio and has since performed extensively in the stage (48 credits), television (87 credits), and film (56 credits) mediums.

Ms. Smith has twice been a Tony Award nominee, for her performances in productions of 'The Grapes of Wrath' and 'Buried Child.' Both of these productions originated at Chicago's Steppenwolf Theatre Company, of which she is a company member. She starred in Harris Yulin's off-Broadway staging of Horton Foote's 'The Trip to Bountiful.' The latter performance earned her the Drama Desk, Outer Critics Circle, Obie, and Lucille Lortel Awards. Most recently, she has won a Drama Desk Awards as Outstanding Featured Actress in a Play for her work in The Inheritcance directed by Stephen Daldry. She has also won the Satellite Awards as Best Supporting Actress - Motion Picture for her work in Marojorie Prime. In addition, she has won the Life Time Achievement Award back in 2017 from the Las Vegas Film Critics Society and Windsor International Film Festival.

Her television appearances range from 'The Son' and 'True Blood' to 'The United States Steel Hour' (acting with John Cassavetes) and 'Naked City' (opposite George C. Scott) to 'Frasier' and 'Law & Order: Criminal Intent,' among others. Her telefilms include Katja von Garnier's 'Iron Jawed Angels' and Joseph Sargent's 'Skylark.'