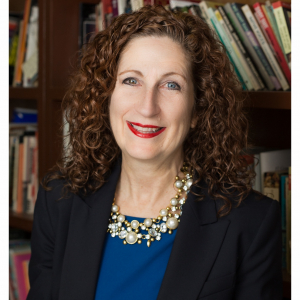 Dr. Peggy Shannon is the newly appointed Dean of the College of Professional Studies and Fine Arts at San Diego State University.

Her enquiries into the therapeutic value of Greek tragedy with special emphasis on the female, alongside her investigation into identity, diversity, and migration using theatre practice, have guided her research over the past two decades.

Shannon is the recipient of numerous prestigious grants, most notably a Social Sciences and Humanities Research Council of Canada Partnership Develop Grant, various Arts Council grants in Canada and the USA, and a Partnership for Change: RBC Immigrant, Diversity and Inclusion grant. She has directed plays and musicals at many professional theatres across the United States including Atlanta’s Alliance Theatre, the Seattle Repertory Theatre, A Contemporary Theatre (ACT), San Jose Repertory Theatre, Los Angeles Theatre Center, the New Jersey, Colorado, Utah, Idaho, California and Oregon Shakespeare Festivals, the Portland Repertory Theatre, Long Beach Civic Light Opera, and the International City Theatre. Internationally, she has directed plays for Hydrama Theatre & Arts Centre in Greece under the leadership of Corinna Seeds, and for the Western Australian Academy of Performing Arts in Perth.

Dr. Shannon’s awards include her selection as a Fulbright Senior Specialist; an Arts Leadership Award from the Arts & Business Council; and Outstanding Artist and Arts Education Leader from the California Educators for Theatre Alliance (CETA). She holds a BA in Theatre from UC Riverside; an MFA in Directing from the University of Washington; and a PhD from Royal Holloway University of London.

Dr. Shannon is a proud mother of two who constantly remind her of the importance of having a great sense of humor.