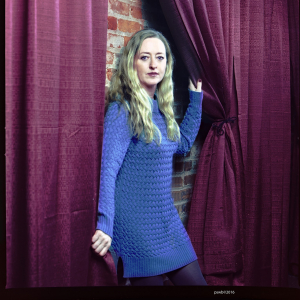 Harnetiaux has been creating short, dark comedies with Steel Drum in Space since 2012, their current short which she directed and co-wrote, You Wouldn't Understand, will be presented as part of the 2021 Sundance Film Festival. She was an Executive Producer on the off-beat comedy series Driver Ed that premiered at 2018 Tribeca Film Festival. She has been a resident at MacDowell, Millay, SPACE at Ryder Farm and Yaddo. She was a member of the Ars Nova Play Group and Soho Rep Writer/Director Lab. Affiliate member of New Georges. MFA in playwriting from Brooklyn College. Her novel, White Elephant, was published fall 2019 (Simon & Schuster) as well as the UK edition, The Secret Santa (Penguin Random House). She teaches in the Queens University of Charlotte Low Residency M.F.A program. She received her BA in Drama at the University of Washington in 1998.
​
She lives in Brooklyn and finally has south facing windows.