Lobby Talk -- That Agony We Cannot Feel: The Enduring Importance of Arthur Miller's Incident at Vichy 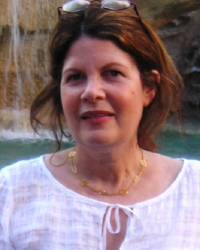 Professor Susan Glenn, Department of History, University of Washington
Purchase tickets for the 2:00 PM matinee performance of Incident at Vichy

Susan A. Glenn is Professor of History at the University of Washington and a faculty affiliate in the Jewish Studies Program at the Jackson School of International Studies. Her research and teaching have focused on twentieth-century American cultural and social history. She is the author of Daughters of the Shtetl: Life and Labor in the Immigrant Generation, which won the American Historical Association’s Joan Kelly Memorial Prize and Female Spectacle: The Theatrical Roots of Modern Feminism. She is also the co-editor of Boundaries of Jewish Identity. Her current research and recent articles explore the impact of the Holocaust on intra-Jewish debates about identity and group loyalty. Her work has been supported by fellowships from the National Endowment for the Humanities, the American Council of Learned Societies, the UW Royalty Research Fund, and the Simpson Center for the Humanities. She has twice been appointed as Distinguished Lecturer by the Organization of Historians. At the UW, she teaches a range of courses on twentieth century America, including “The Holocaust and American Life”; “War Stories: Recording, Remembering, and Reimagining World War II,”; “Culture, Politics and Film in Twentieth Century America”; and “The Jew as Other: Anti-Semitism in America.”

For this Lobby Talk, Professor Glenn will help us to ground ourselves in the two periods and places that most informed this work: Vichy, France, the setting of the play itself, and the early 1960s, when the play was written, a period of intense reckoning with the Holocaust and with racism. Professor Glenn will then discuss the universal themes that Miller was exploring in this play, and why they still matter.

Join us for this brief-but-rich pre-show exploration. Coffee and cookies will be provided!

This pre-show talk is free and open to the public. To purchase tickets for the 2:00 PM matinee performance of Incident at Vichy, Visit ArtsUW.

Please note that the on-site box office will open at 1:30 PM on Sunday 10/28 in order to avoid disruption during the lobby talk.