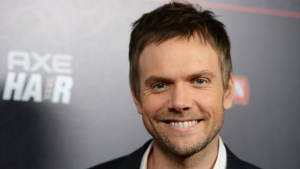 There might be too much exciting stuff to report for this little column, so be sure to follow us on Facebook for alumni news as we hear it.

We'll start with a fun reason to tune into C-SPAN. On May 3rd, Joel McHale, PATP '00, will be headlining the White House Correspondents Dinner! A beautiful example of theatre extending beyond four walls, BA alums Rainn Wilson and Holiday Reinhorn have launched a new nonprofit aimed at using art to empower adolescent girls in Haiti. In New York, Lydia Fort, PDTP '06, has an exciting new project, The Architecture of Being, with Women's Project Theatre; and Katharine McLeod, PATP '08, is performing a solo show at Frigid New York. And congratulations to Julia Hochner, BA '05, who will make her professional theatre debut in Gulfshore Playhouse’s production of All My Sons.

And last, but not least, the 2014 season at Oregon Shakespeare Festival opened last month. Congratulations to our friends and alumni working in Ashland this season, including Barzin Akhavan (PATP '07), Monique Robinson (PATP '12), and Howie Seago (former guest instructor).