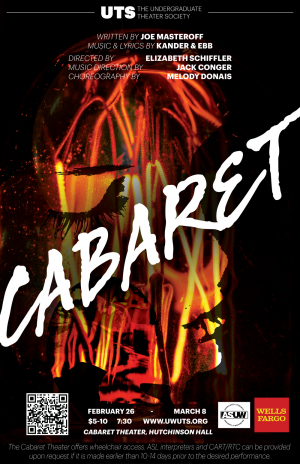 Based on John Van Druten's 1951 play I Am a Camera, which was adapted from the short novel Goodbye to Berlin (1939) by Christopher Isherwood, this adapted version of Cabaret is set in 2079 Berlintown as a neo-Nazi party rises out of World War III. The story takes place at the seedy Kit Kat Klub, a final stop for entertainment, sin, and pleasure after the apocalypse. Revolving around the 19-year-old English cabaret performer Sally Bowles and her relationship with the young American writer Cliff Bradshaw, the story speculates how history could repeat itself if we aren't careful enough to pay attention.