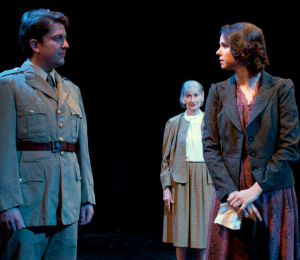 J Jha (PATP '14) is currently onstage at Altarena in Eat the Runt, running through September 13.

Daniel James Cole (BA '91) co-wrote The History of Modern Fashion: From 1850, which is avaible September 15.

David Morden (PATP '93) spent the summer as the voice and text coach at Santa Cruz Shakespeare. He'll next be seen on stage in repertory in Hamlet and Rosencrantz & Guildenstern are Dead at The Rogue Theatre.

Mykel Hill (PATP '93) played Martin Luther King, Jr. in The Mountaintop as part of The Snowy Range Theatre Festival at the University of Wyoming. In October, Mykel will direct The Brothers Size at the Unicorn Theatre in Kansas City.

Jennefer Ludwigsen (PATP '09) will be appearing on the season opener of ABC's In An Instant this fall.

David Folsom (PATP '08) will be appearing as Tom Buchanan in The Great Gatsby at The Indiana Repertory Theatre, opening September 30.