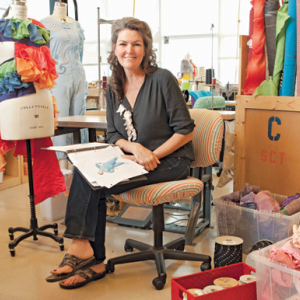 Melanie holds a BA in Theatre from Boise State University and an MFA in Costume Design from the University of Washington. She has taught design at Seattle University and is an Assistant Professor of design at Cornish College of the Arts. She is a member of USA Local 829.