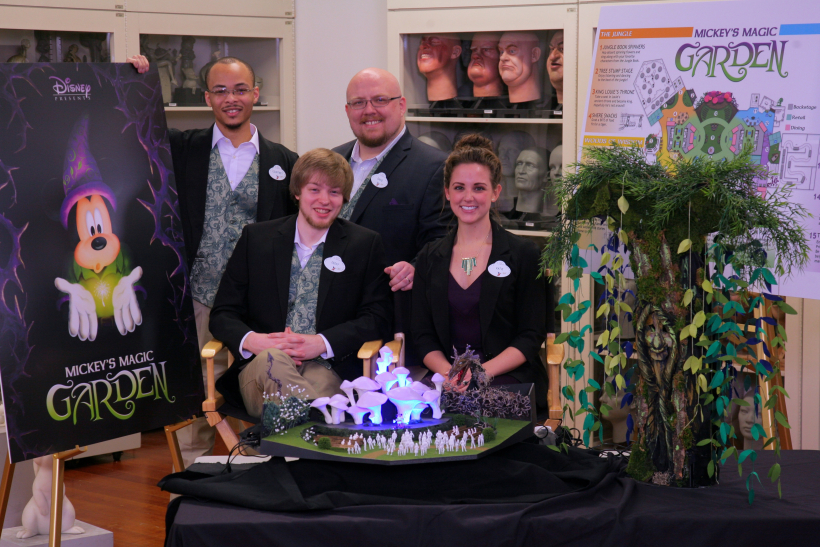 Second place was awarded to Kevin Chen, Whitney Chen, Kevin Graham and Amy Woon from University of Texas at Austin for “Hueroic,” which takes guests on an unforgettable journey to explore the wonder and beauty of art and imagination. Thrust into a black and white world where colors have never existed, Guests are sent on a race against time to rescue a kingdom and unlock the magic of color, light and inspiration.

The six teams of finalists visited Walt Disney Imagineering’s main campus in Glendale, Calif., from January 25 to 29 to meet and network with Imagineers, go behind the scenes where Disney magic is created, and interview for paid internships during their visit.

A panel of Imagineering judges applied the same criteria to the entries as they would to their own work , including the team’s ability to collaborate across different disciplines and backgrounds; the mastery of their individual skills; whether the project provides an engaging Guest experience; a good understanding of families living in small towns across the country; the ability to tell a compelling and engaging story; and knowledge and passion for the Disney brand and Walt Disney Imagineering. Additionally, the project needed to be unique in that it was not limited to what Guests already experience with traveling fairs in local communities.”

David is currently a senior at the University of Washington majoring in Drama Design and minoring in Digital Arts and Experimental Media (DXARTS). He has always had a passion for interactive themed experiences and has been steering his course work successfully in that direction at both the School of Drama and DXARTS. “Ever since my first visit to Disneyland I’ve seen a future in expanding the ability of theme parks and dark rides to create more complex and emotionally moving experiential narratives,” states David. “I hope to be a part of that future.”