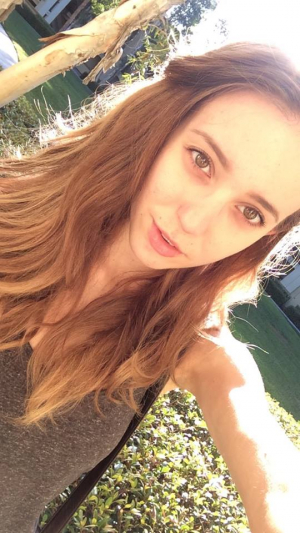 Melody Donais, senior majoring in Drama with a minor in Dance
View gallery

Melody Donais is a Drama: Design major with a minor in Dance, specializing in stage management and choreography, and the 2016 recipient of the School of Drama Senior Capstone Award. With the support from the School, Melody is producing and directing Sarah Kane’s 4.48 Psychosis.

Here, Melody shares with us some of the process and challenges in creating her production of 4.48 Psychosis.

Can you tell us a little bit about the play?

4.48 Psychosis was Sarah Kane’s last play. Due to her suicide shortly following the publication of this play, audiences interpreted the work as biographical and reduced Sarah Kane to the stigma of a suicide artist. In a letter to her publisher, Kane wrote “Do what you will with this play—just remember, writing it killed me!” The shock and outrage that surrounded her work grew exponentially around 4.48 until it became equal parts canonized and stigmatized.

The story is of a woman in trauma, battling multiple mental illnesses, and deteriorating as she approaches the time, 4:48 AM, planned for her suicide. Kane puts the spotlight on moments of the mind that exemplify what it means to be ill. Sometimes nonsensical and sometimes truly revealing, the raw honesty of every moment shares a side of mental illness that isn’t found in feel-good pamphlets or self-help books.

Why have you chosen to tackle this subject? Why is it important to share Sarah Kane’s 4.48 Psychosis?

I found this script in a time where I could feel validated by reading the sick but authentic words. To see your own personal feelings legitimized by words written on a page is as important as any sort of representation in media. I found myself sharing this play with anyone I could convince to read it hoping someone else would feel the same way I did when I found it. Around the same time as my discovery, Phillip Lienau gave us our final project in DRAMA 414, which allowed us to choose a script and find a place for it to be performed. Although the criteria of his project only included the hypotheticals, I was too attached to Sarah Kane’s words to let them go at the end of the quarter.

I think it’s important to talk about mental illness in the present tense. There are hopeful stories of recovery available on blogs and in bookstores. There are tragic stories left behind by celebrities who suffered. I believe that a conversation about how illness affects day to day life is more important, but often less publicized than a story written about mental illness in the past tense. On a similar page, as evidenced by a lack of stories, the important topic of living with mental instability. It is extremely disheartening to know you’ll never outgrow or recover from a mental illness. It makes every day harder than it should be. The only thing to offer others that feel this way is camaraderie, and that's what I hope to achieve. This has been the most challenging thing for me to put into words or into the performance so far and I hope to keep shaping and improving my goal.

I think it’s important to talk about mental illness in the present tense. There are hopeful stories of recovery available on blogs and in bookstores. There are tragic stories left behind by celebrities who suffered. I believe that a conversation about how illness affects day to day life is more important, but often less publicized than a story written about mental illness in the past tense.

What have been the challenges to producing this work, both in terms of its content and form?

The number one challenge in the work I’ve done for 4.48 was finally accepting mental illness as something that I could let affect the things I produce. In school, in work, and in relationships, I always found myself pushing it away and after enough repression you begin to forget how it makes you feel. At that point, accepting it and listening to it is a challenge. In this case, it takes a lot more willpower to allow something to affect your work then to fight against it.

The content of the play is dense and difficult and occasionally painful to read, let alone produce. In one segment the lead character lists the medications that she's been on to treat her illness. I believe that this list alone is the most excruciating part of the play. Although it only includes clinical details such as symptoms and dosages, the understanding of how long it would have taken to try each of those drugs and how horrific the symptoms can be affects me more than almost any other part of the play. When I see my own antidepressant on that list I feel a mix of pride, empathy, and grief. I have varying levels of familiarity with the other antidepressants and mood supplements, but I know each is a struggle that I couldn't imagine going through ten times over.

The number one challenge in the work I’ve done for 4.48 was finally accepting mental illness as something that I could let affect the things I produce. It takes a lot more willpower to allow something to affect your work then to fight against it.

The format of the play gave me more freedom than any other aspect. The abstract nature, highly stylized text, and lack of structure allowed me to shape the play in an extremely personal way. I mean this both in content as well as in presentation. As a dancer, the script called to me to be presented in a non-realistic way, in which leaps and spins can represent nostalgia and frustration without any question of realism. By mixing medium, I'm able to organize the words of the script even more by placing it into past and present, internal and external, healthy and ill. You should expect to hear music and vocal recording over scenes that will be both danced and traditionally performed. With dance, I believe that I’m able to tell this story as honestly and carefully as Sarah Kane was able to put the words on a page.

Life is hard and I don’t always know how to successfully deal with that. It is difficult to drudge through. You try to find ways to cope and things you can lean on to get through. For me, putting parts of myself on this stage has served as a healing process. It’s much more difficult to face these conversations than to push them into the background and try to work around them. I’m hopeful that the long term effect this project has on me will make up for the temporary difficulties of production.