From now until the end of the school year, we will be introducing and celebrating our graduating students, looking back on the work they've done during their time here, and sharing their reflections and wisdom as they head off into the professional world. Later this month, we will start introducing you to some of our graduating BAs and designers, but today, we have the 6th and final post about our PATP class of 2018, with graduating actor Porscha Shaw! 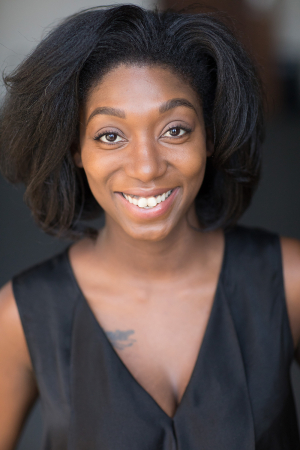 What do you know now that you didn’t know when you started this program?
To never underestimate yourself. And that you bring you to every role. That's what I've learned in grad school.

What are you looking forward to being able to do now that you won’t be in class or rehearsal 12 hours a day?
Auditioning and accepting a job! Finally! I get to say "yes" to something. I’m really really really excited about that.

Any plans for after graduation?
I plan to work. I don’t know what city I’m going to. I don’t know if I’m going to stay [in Seattle]. I would like to stay. I’m a hippie in that way, like “Well, whatever comes my way, la la la.” I will eventually end up in L.A. And that could mean like six months, it doesn't mean a whole year or something like that. So, yeah, I’m kinda like a feather in the wind.

Do you have a favorite memory from your time here?
It was during our solo show class with Val. We get to a point in the class where she gives you a time limit on making something. So, we all start class sitting at the table, reading books, getting ideas, talking, and then we eventually get on our feet. So, there’s a day when she is like, "Go make something," and at the end of class we’ll show everybody. And it was the very first day it had happened. I just remember being kind of in awe that when Val said it, my class was immediately like, “Okay great!” And then everyone just kind of started to move and pick up things—I think it was like 20 minutes we got to work on something— and then we went around and watched everyone’s piece. And I just remember thinking like, remembering why I was doing it. I found myself being like, oh. I love doing this. I love creating art, and if someone put me in a room and said make something I would do it. And I was also so very honored to be in a room with my classmates, ‘cause they had all made things that I was like, "I would have never done that!" Seeing different artists in the same room—it was beautiful. And I was like, oh, this is why I do this: to make art with people, and to see what other kinds of art is being made. 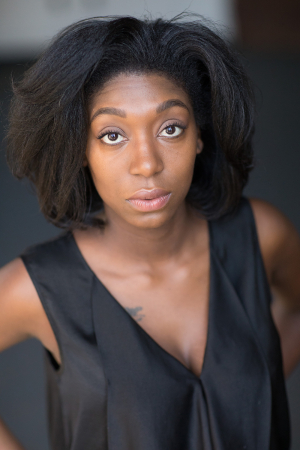 What advice do you have to people who might follow in your footsteps?
Crack open and dive into everything that you are given in theatre. It is a very very hard and exhausting thing to do, and if you’re gonna commit to doing 4 hours 6 days a week on something, you might as well crack it open and dive into it. And there is no detail that is too small when you are creating the world that you are being submerged into. Because, the smallest things that I add to my roles, people will be like, “Were you so and so and so and so?” and I'll be like, “Ah! You saw that, yeah, I did think that, that’s exactly what I saw, yeah, the grass was wet.” Like, little very small things. And I would say to people who are thinking about [going into acting] the same thing, but also make sure that it’s something you really want to do. Really want to do. Because it just becomes a burden otherwise. Which it should never be.