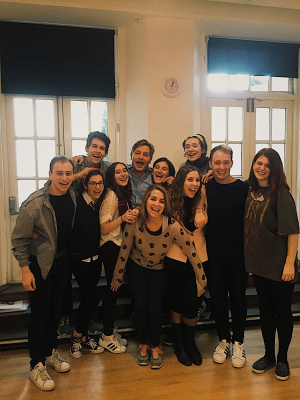 I knew after attending the British American Drama Academy (BADA), I’d want to spread the word.

When I started applying to colleges, I knew I wanted to study abroad and I wanted to go to London. London is the epicenter of theatre. After Berlin, their government gives the most money to theatres. I chose to go to the University of Washington even though, unfortunately, it didn’t offer the program I wanted: a fall semester or quarter in London studying drama performance. So, I searched the internet for programs and came up with Sarah Lawrence’s British American Drama Academy program. It was exactly what I wanted, and I ended up taking a quarter off from UW to do the program. (I’m currently working with Eloise Boyle, our undergraduate advisor in the School of Drama, to get this program affiliated with our school so that it’s easier to go and come back without hassle. I received 22.5 credits for my semester. One of the courses I took counted for our Critical Analysis class and the rest were put under Drama electives.) 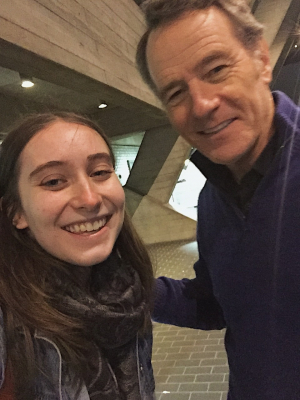 I chose Sarah Lawrence College’s British American Drama Academy because of their schedule. The first eight weeks are used for taking eight classes: Shakespeare, High Comedy, Voice, Movement, Stage Combat, Physical Theatre, Theatre History, and Drama Criticism. Every Friday, there is a masterclass run by a London-based theatre professional. We had John Heffernan, who was the lead in St. George and the Dragon at the National Theatre and recently appeared on The Crown. The current BADA class just had Bryan Cranston (Breaking Bad) come in to do a Q and A. Fun Fact: His wife attended BADA.

There are also four different time slots to work on monologues one-on-one with the Dean of BADA, Eunice Roberts. During those beginning eight weeks, we saw a show every week with the class. For example, we saw King Lear at The Globe the first week there. The shows represented many different eras and styles of theatre, ranging from new works to fringe to Shakespeare. We also had a one-day trip to the Royal Shakespeare Company in Stratford-upon-Avon, where we saw King Lear, Coriolanus, The Ferryman, Oslo, Against, Of Kith and Kin, Insignificance, and Romantics Anonymous.

During the one-week break, many students, including myself, chose to travel around Europe. Daphne and I, both UW students, chose to go to Paris, Florence, and Barcelona.

The last four weeks of the program are dedicated to all-day rehearsals of a play with a theatre professional as the director. The shows of Fall 2017 were Julius Caesar, Six Characters In Search of an Author, and Her Naked Skin.

The opportunity to work with RADA, LAMDA, and GUIDHALL professors and alumni was life-altering. My work ethic has never been better. I seek the work and the criticism. During the rehearsal process, I learned how to do R.P. (Standard British) and London dialects. It was challenging, but I felt safe to fail. We got costumes, props, a stage manager, and a very minimal set. The last week of school we did one-night-only performances of the plays. Many of the professors came to support us. It was incredible to see the growth of my friends over the course of the fourteen weeks we shared. The last day of the program was the goodbye party. It gave us a chance to meet one last time with our director to get feedback one-on-one. I was able to say “see you later” to a lot of the friends, collaborators and teachers who have made me a stronger person. 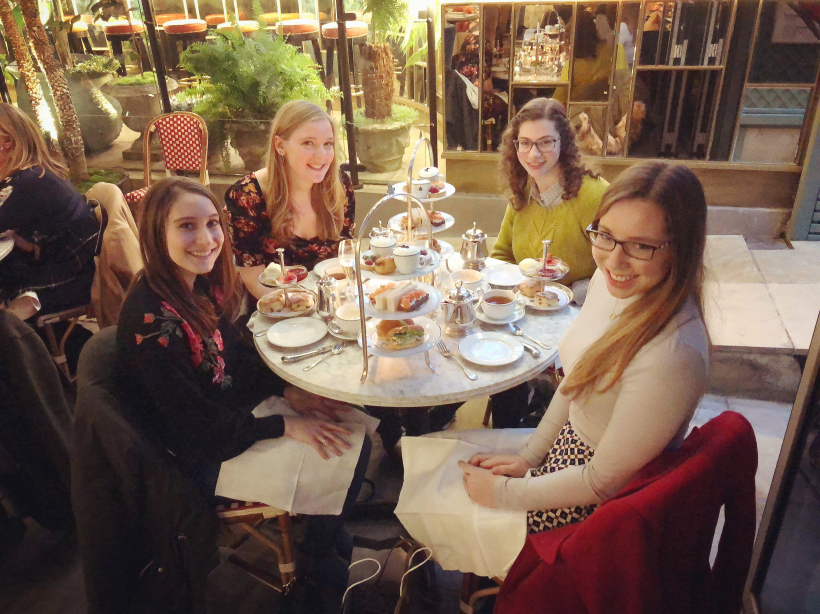 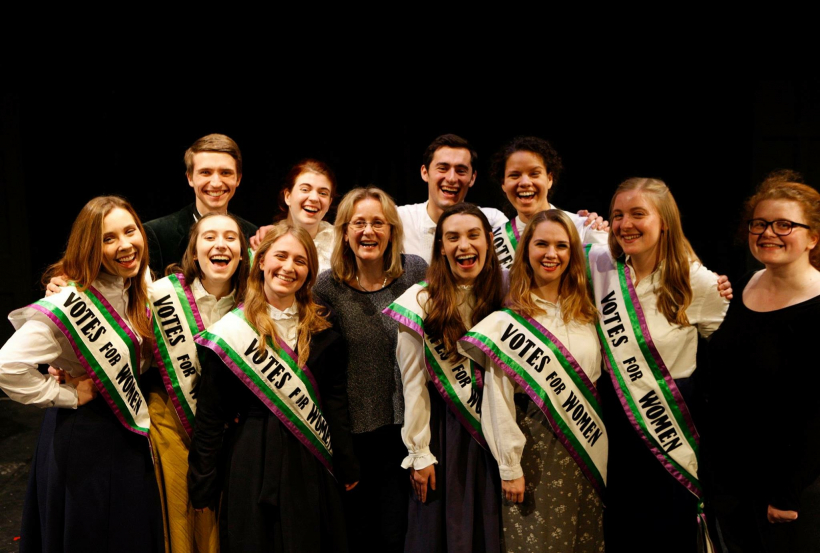 I failed a lot. I felt safe to do so because I had teachers who cared for me. The amount of work felt insane, but I found a way. I had fun in my classes and looked forward to the long days. (Classes were Monday to Friday from 9am to 6pm.) At least once a week (for me it was about two or three times a week), there were plays to see after class.

I miss the excitement of London and the amount of theatre available. I saw world premieres of plays. One time, for example, I found myself randomly sitting next to a famous lighting designer, Neil Austin, during the first preview of Albion. Ticket prices are great and very affordable. Most of my tickets were from 5 to 20 pounds. London is everything and more than I expected it to be. Besides the theatre, I miss the tube and my friends. They both hold a special place in my heart. I met students from all over the country who had the same drive and passion as me. I am sure we will be collaborating soon. Many of them want to return to London for work and further study. Hopefully, I’ll return and be a part of that beautiful community of artists.

"I have been associated with BADA ever since it began organising courses in British classical theatre for students overseas. In my opinion, it offers the most wonderful opportunity for students to take part in this country’s great theatrical tradition. " - SIR DEREK JACOBI (PATRON OF BADA)