Giving Comedy Its Due 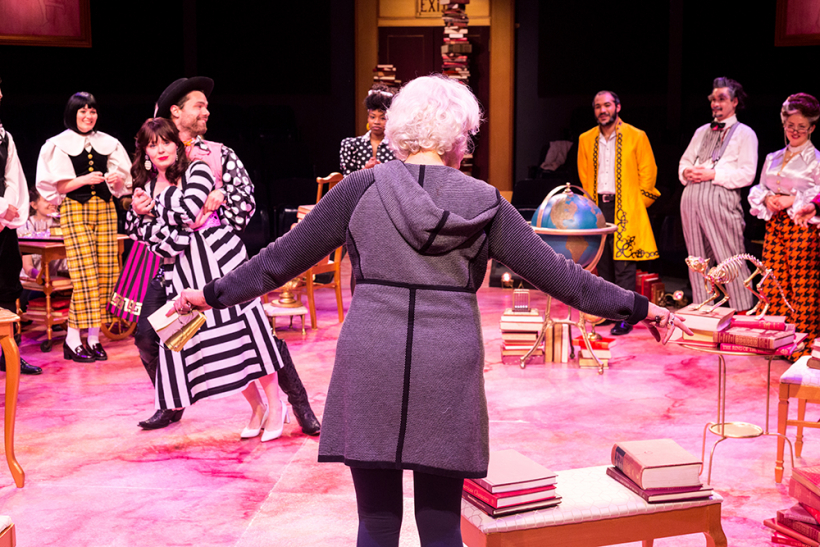 Director Jane Nichols' director's note for The Learned Ladies illuminates this production while also serving as a beautiful treatise on the rigors of comedic performance and why we need it, maybe more than even, right now. Please enjoy.

The Learned Ladies is a scathing indictment of people Molière knew personally, as well as a comic satire on academic pretension, and repressive, narrow-minded views toward women’s intelligence and education. To boot, this is a rollicking family drama: sister versus sister, wife versus husband, brother versus brother, aunt versus herself, suitor versus parent, household help versus woman of the house. And then there are the two pedants at war as much with the English language as with each other.

No one escapes the bite of Molière's wit or rancor here, except perhaps Martine, the servant whose straightforward candor cuts through the pretensions and shabby excesses of self-regarding entitlement and with simple wisdom proclaims what all of us in the audience have observed through the trafficking of the past two hours: that you can’t fool all the people all the time, and that every Jack shall have his Jill.

On its surface the play is frivolous, inconsequential, meaningless. Who cares about an entitled corner of society where no one seems to have a job, and where the most pressing issues are whether or not a roast beef is cooked properly or a shirt pressed along its seams? What does it matter if a bunch of privileged women want to eliminate from usage the words and syllables of language that displease them?

But look deeper. In this porridge of overblown egos, arch affectations, deluded old maids, unrequited lovers, cavalier suitors, priggish pedants, imperious wives, ineffectual husbands, meddling brothers, and useless servants there is still the urge to be seen and heard, to be valued and validated, to connect, to be loved.

Which might explain why theatre still packs a punch—the immediate, real time experience of people speaking to people in the presence of people. While our country hemorrhages civility, dignity, and truth, and justice waits in the wings with bated breath, what better time to share two hours of camaraderie, lovingly-crafted delight, verbal and physical virtuosity, and universal truths about human nature?

I’m not sure when Hollywood or Broadway will give comedy its due. Performing it, writing it, directing it, is more complicated than any other theatrical genre. The actor strives for a truthful representation of their character’s humanity while always negotiating a balance of that truth with the timing, rhythm and tone of comedy. Getting laughs is a dizzying accomplishment. But when you are spinning them out of rhymed couplets from a story written 350 years ago, it is a miracle.

What you will witness here tonight is as much a tribute to the miraculous genius of Molière and his translator, Richard Wilbur, as it is to the courage, affection, spirited generosity, trust, talent, and training of these young actors.

An evening of Molière won’t solve the climate crisis, or save our democracy, but it might remind us why we’d like to.