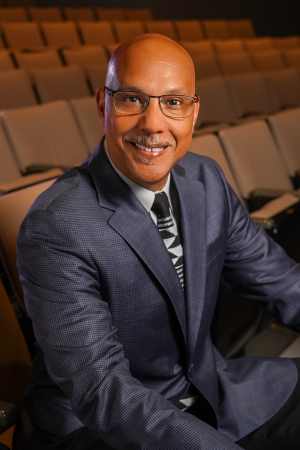 Today we have bittersweet news to share. Professor Tim Bond, an alum of the UW School of Drama’s Professional Director Training Program (MFA 1983) who has taught acting and directing at the School of Drama since 2016, will become the new Artistic Director of TheatreWorks Silicon Valley. Bond will take the helm from founding Artistic Director Robert Kelley, who will have served an extraordinary fifty seasons in that role when he steps down in June 2020.

“My time back here at UW has truly been a gift,” says Bond. “My heart is brimming with appreciation for the time I’ve spent working with the deeply committed faculty and staff of the School of Drama and with our wonderful students.”

Bond is departing from his position as the Donald E. Petersen Endowed Professor of Drama. As was previously announced, Associate Professor Jeffrey Fracé, who has taught acting, directing, and devising in the school since 2008, took over from Bond this fall as Head of Acting. “I’m excited to build on the great work Tim Bond has done to refine and strengthen an innovative, rigorous course of training for actors that is grounded in tradition and deep practice, and yet pointed towards the unknown, the undiscovered, and the impossible,” says Fracé.

School of Drama Interim Executive Director Lynn Thomas adds, "We so appreciate Tim's many contributions to the School of Drama over the past three years and wish him the very best at TheatreWorks, where we know he'll make exciting and important theatre."

“We will miss Tim’s experience, teaching, insight and collegial spirit at UW. But this opportunity for Tim to lead TheatreWorks forward as the new artistic director is marvelous for TheatreWorks and for the broader theatre community. Tim will always be a UW Drama alum, and we always want to see our alumni succeed, so we’re very excited for Tim,” shares School of Drama Associate Director, Geoff Korf.

This year, Tim will also direct Lucy Kirkwood’s The Children at Seattle Rep in February, helm a workshop of a music-filled play written by Idris Goodwin inspired by the imagination of young Jimi Hendrix entitled The Boy Who Kissed the Sky at the Kennedy Center’s New Visions/New Voices Festival in May, and direct Lynn Nottage’s Pulitzer Prize winning play Sweat for The Guthrie Theater in July.

Please join us in wishing Tim every success in his new adventure!