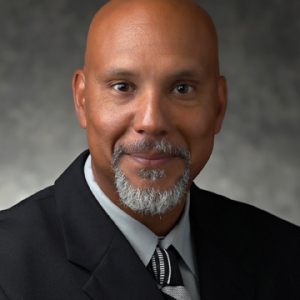 Tim Bond is the current Artistic Director at TheatreWorks Silicon Valley. He began his career with the Seattle Group Theatre in 1984, where he directed over 20 productions, many of which were West Coast or world premieres. He served as Associate Artistic Director and was also Director of The Group’s nationally recognized MultiCultural Playwrights Festival. Tim served his last five seasons at The Group, 1991-1996, as its Artistic Director. From 1996 to 2007, Tim was an Associate Artistic Director of Oregon Shakespeare Festival. While there Tim directed 12 productions, promoted equity and inclusion efforts throughout the company, and created the FAIR Program which cultivates the next generation of diverse theatre artists and administrators. After 11 seasons at OSF, Tim assumed the post of Producing Artistic Director at Syracuse Stage and the Syracuse University Department of Drama from 2007 to 2016. During his time in upstate New York he directed 18 plays, produced over 100 plays and musicals, and fostered a number of new partnerships and co-productions between Syracuse Stage and other regional theatres nationally and internationally. Over the last 35 years Tim has directed at many theatres including The Market Theatre (Johannesburg), Baxter Theatre Centre (Cape Town), Guthrie Theater (Minneapolis), Milwaukee Rep, The Wilma Theater (Philadelphia), Arena Stage (DC), GEVA Theatre Center (Rochester), Cleveland Play House, Indiana Rep, Actors Theatre of Louisville, PCPA (Santa Maria), Arizona Theatre Company, Portland Center Stage, Dallas Theater Center, Seattle Rep, A Contemporary Theatre (Seattle), Empty Space Theatre (Seattle), Paul Robeson Theatre, and Seattle Children’s Theatre. Most recently Tim held tenure as a professor at the University of Washington School of Drama, where he served the last two years as Head of the Professional Actor Training Program. He concluded his time at UW in the spring of 2020, after directing Cabaret. He directed The Children by Britain’s Lucy Kirkwood at Seattle Rep in February, will helm a workshop of a music-filled play inspired by the imagination of young Jimi Hendrix entitled The Boy Who Kissed The Sky written by Idris Goodwin at the Kennedy Center’s New Visions/New Voices Festival in May, and will direct Lynn Nottage’s Pulitzer Prize-winning play Sweat for the Guthrie Theater in July. [Note: some of the mentioned productions have been cancelled or postponed due to COVID-19.] Tim received his BFA in Dramatic Arts from Howard University in 1980 and his MFA in Directing from the University of Washington in 1983.