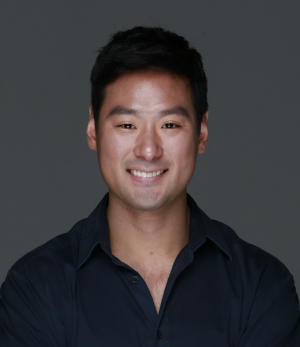 Meet Kyu C. Lee, a School of Drama alum who graduated with a BA in Drama in 2000. Today he is the founder of a production company in Los Angeles and Seoul, Korea, after more than a decade at Sony Pictures Entertainment. Familiar with the viral sensation "Gangnam Style"? Read on and discover how Kyu had a lot to do with that!

Tell me a little about your path to studying drama at UW?

Well I’ll be completely honest with you. It didn’t calculate in my brain at first that I wanted to major in drama. Being an Asian-American, you’re kind of born with a mindset that your parents want you to do something that is more realistically professional, for example: becoming a doctor or a lawyer. But I wasn’t the nerdy type or the type that really liked school all that much. I was more of an athlete and really loved sports and loved being in a team atmosphere. I played football for the UW in 1999 and 2000. Anyhow, I sought to get into the business school which is now the Foster School of Business. I did all of the prerequisites for business, but at the end of the day, I didn’t get into the school my sophomore year. So, I panicked a little bit and then I put on my thinking cap on and thought “What am I going to major in?”

Because I was taking business classes, I was spending a lot of time across the street from Hutchinson Hall. I also took a class called “Speech and Hearing Sciences.” I realized that in business it was imperative to be able to give presentations and speak in front of large groups of people and that was something I was very weak at. I was stage fright. I thought “If I can learn how to perform in front of people and learn how to focus and present myself, that would be half the battle.” So, I forced myself to try things including memorizing and performing monologues, acting with fellow classmates while learning the history of acting, stage and costume design.

Had you had any experience with performing at all prior to UW?

Zero. I mean, on the field as an athlete yes, but not in an artistic way. I was forced to perform in front of my classmates and professors which was an invaluable experience. Today, as a producer and a public figure in Korea, I do a large number of speaking engagements and interviews. Now I am able to speak in front of thousands of people and not be really feel fazed. I still do get nervous, but it’s a good nervousness, more of excitement than having anxiety. Studying drama for me was a super valuable lesson and life lesson. It’s a major that is such a great addition to any other field or major. You get hired at a company, not just because of your grades, but also because of your personality. Everyone and anyone can major in business, but not anybody can major in drama - and that’s what I realized after I graduated, after I was able to get my job at Sony. Where I am today probably had a lot to do with the skills I built and the experiences that I had at Hutchinson Hall, and I tell you that from my heart.

Tell us a little bit about what you do now and your trajectory after graduation?

After taking summer courses, I had enough credits to graduate a year early. For the first six months, I worked at a tech startup in downtown Seattle and I hated it. I got laid off after six months, and to be honest, I was kind of glad - the timing couldn't have been more perfect. I took my first trip to LA. It happened to be the same weekend as the Academy Awards. I told my friend that I was staying with, “I want to see it live.” And he said, “You’re stupid, that's impossible. You have to be famous to go into that place.” And I said, “Well I'm not trying to go in, I just want to see the red carpet in person.” So I went and I somehow ended up in this back area where staff and representatives related to the event were walking in and out of. And from the corner of my eye I saw a few Asian people, which was a surprise since I had never seen Asians at the Oscars before.

Out of curiosity I went closer to see who they might be and realized they were Ang Lee, Chow Yun-fat, Michelle Yeoh, and other Hong Kong stars!  I got close enough so I could be ten, fifteen steps away from them, but then a couple security guards started looking at me. They were pointing me out and I got scared and I literally froze. Because I didn’t respond to them quickly enough, these guys thought that I didn’t speak any English. They saw the group of Asian stars, so they assumed that I was with them, letting me pass by. So, I naturally followed the them into the auditorium and I watched the entire Oscars being taped from start to finish. It was the year that "Crouching Tiger, Hidden Dragon" won four Academy Awards and it was a sight to see. They won four awards for Best Foreign Film, Cinematography, Production Design and Music. After the event people were congratulating me assuming I was a part of that entourage, so I just went with the flow. I ended up following the group to the after party for the film, and literally my invitation was my face. The party was put on by the distributor and marketer of the film, which was Sony Pictures Entertainment. I started befriending the actors of the film, carried conversations and got introduced to many extraordinary people. As I started collecting business cards from some folks including executives at Sony, one of them was the one that hired and fired at the studio. He took a liking to me that night, gave me his card and said, “Stay in touch.” Long story short, I literally harassed him for the next three months and on July 23rd of 2001 I got my first job at the company.

What was your first job at Sony?

My first job was assistant to the executive director in creative advertising. We were the department that cut trailers and shipped out to theaters. Two years later, I was promoted to the chairman’s office and served as executive assistant for five years. In 2007, I was promoted to a department called international exhibitor relations, which was basically in-theater marketing; one-sheet and standees placement, concessions advertising, trailer placement, etc.

In 2009, I had this ambition to live overseas and visit my mother country. One thing led to the next, my boss let my transfer to Korea, and I’ve been here ever since. I was working out of Sony's local office in Seoul, supervising the Korean marketing team for two years. And then I had this itch to do more. I wanted to get into production and produce Korean films with the influence of Sony’s clout collaborating with talent that I had strong relationships. But that didn’t go as planned so I ended up taking in another job offer at a venture capital company focusing on film investment. I took that job, but after a year I realized how much I missed the creative process so I quit and went home to Seattle to take some time off.  After a short while, I came back to Korea to figure out what I wanted to do. Then, all of a sudden, I was involved with a music project that went viral overnight. It changed the direction of my life a bit. It was a song called “Gangnam Style.” I took the KPOP artist known as PSY to the US, connected with my friend Scooter Braun, the talent manager and producer of so many stars including Justin Bieber, Ariana Grande, Kanye West and many more, joined forces and promoted "Gangnam Style," in conclusion becoming the the most viewed YouTube video on the planet. That definitely put all of us on the map, opening up several opportunities worldwide.  My experience and knowledge from my Sony days including the recognition I received from "Gangnam Style" created a lot of synergy for me as a producer in Korea and the US. Long story short, I’ve worked on over 260 films in the past 20 years, from being a marketing executive, distributor, producer, music supervisor and consultant. I’ve produced several films here in Korea along with brokering remakes of US TV shows that include "Criminal Minds".

I was very lucky. But luck also comes with a bit of skill and instinct. I believe that the confidence, drive and inspiration came partly from the choice I made to major in drama at the UW.

How do you stay involved with UW now? I understand you are an international trustee?

I am on the UWAA Board as an International Trustee. I am the first International Trustee that the University of Washington has ever had which I take a lot of pride in - I bleed Husky purple and gold.  As a former student athlete, and student of the School of Drama, and a member of the UW Film Club, I had the ultimate UW experience. I was super involved with the university and had such a great time that I felt I needed to give back. UW gave me a solid platform to catapult off of. Throughout the years I’ve hired several  interns and employees that are UW alumni. I took on the job as an international trustee because I felt I needed to pay it forward and give back for the great experiences that I had as a student. Not everyone may be able to give monetary donations, but you can always donate your time, which is just as valuable. Go Huskies!