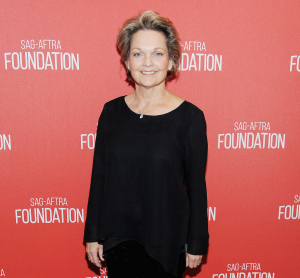 Actor Pamela Reed, a graduate of the UW School of Drama's Professional Actor Training Program, will give the keynote address at the school's 2020 graduation ceremony.

Reed is the recipient of an Obie Award for Sustained Excellence in Performance of Theatre. On and Off-Broadway, she has been seen in Fools, The November People, Standing on My Knees, and Getting Out (Drama Desk Award). Local audiences have seen Reed in recent years in Other Desert Cities and Vanya and Sonia and Masha and Spike at ACT Theatre, and as Nora Helmer in A Doll's House: Part II, Caroline in Luna Gale, and Martha in Who's Afraid of Virginia Woolf at Seattle Rep. Reed also played Dierdre in the national tour of The Humans, which originated at Seattle Rep.

Reed is well known to television audiences as Parks and Recreation's Marlene Griggs-Knope (Leslie Knope's mother). She currently plays Roberta Deeks on NCIS: Los Angeles. Other TV roles include Gail Green on the cult hit Jericho, T.J. Cavanaugh on Tanner on Tanner and Tanner '88, and the voice of Ruth Powers on The Simpsons. Films include Proof of Life, The Right Stuff, Junior, Bean, and as a teacher-turned detective in the 1990 hit Kindergarten Cop, opposite Arnold Schwarzenegger.

The School of Drama's 2020 graduation ceremony will be held on June 11th as a virtual event. The event is private.