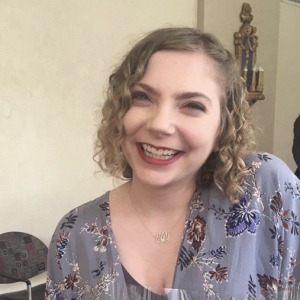 Darby has played central roles in the adaptation and direction of three School of Drama productions. Sherwood was the co-adaptor and co-director on Romeo and Jules. She was also the translator/adaptor for Three Sisters, and was the assistant director on Cabaret before COVID-19 closed the remainder of the 2019-20 season. Darby's play Two Heads of a Hydra was to have been presented as a CabLab performance and the culminating showing for Drama 490B: Ensemble Theatre at the end of winter quarter 2020.

Darby has been commissioned to write a play to be read at the School of Drama in 2021. The School of Drama has hired Karen Hartman to be Darby's mentor for this project and to work with her in an independent-study over the course of the next year. Previously, Darby studied playwriting with Karen in the 2019-20 school year.

Karen Hartman is a playwright whose plays have been celebrated as passionate, relevant storytelling that “resonate in the current moment with overpowering force” (Variety). Hartman is a former UW School of Drama Senior Artist-in-Residence. Good Faith: Four Chats about Race and the New Haven Fire Department premiered at Yale Repertory Theater in 2019. Three recent works – Roz and Ray (Edgerton New Play Prize), The Book of Joseph, and Project Dawn (NEA Art Works Grant, NNPN Rolling World Premiere) – had ten productions across the country in the previous two seasons, premiering at Chicago Shakespeare Theater, People's Light, Seattle Repertory Theater, and Victory Gardens. The Book of Joseph set records as the highest grossing play in the history of Everyman Theatre in Baltimore. Her play Goldie, Max and Milk was produced during UW Drama's 2017-2018 season. Hartman was a 2019 - 20 John Simon Memorial Guggenheim Fellow during which she created New Golden Age, part three in an American caste cycle (with Project Dawn and Good Faith) about social mobility and the law.