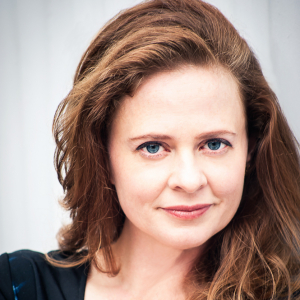 Carol Roscoe is a professional actor, director, and writer whose work has been seen in over 100 stage productions locally and nationally, including: The Globe Theater (London), The Kennedy Center, LA Fringe Festival, Brooklyn Lyceum , ACT Theater, Intiman, Seattle Shakespeare, Book-It Repertory, Seattle Children’s Theater, Theater Schmeater, ArtsWest, Seattle Public Theater, Arizona Theater Company and others. Honors include: 2013 Globe International Acting Fellow and 2011 TPS Gregory Award for Outstanding Actress (2012 Nominee). She holds an MFA from the Academy for Classical Acting at The Shakespeare Theater/GWU. Carol teaches at Cornish College of the Arts, University of Washington, & Seattle Children’s Theater, and is a member of the Sandbox Arts Collective.

Carol received a 2013 GAP to supplement fees, travel, and accomodation in order to take part in the International Acting Fellowship at the Globe Theater in London. As an actor, director, and teacher of Shakespeare, the benefit of this experience is extraordinary to the artist. Carol is as equally excited to take part in the Fellowship as she is to return to Seattle to share the new knowledge with her community  as an actor, director, and educator.