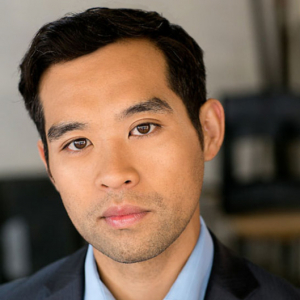 Joe Ngo is a NYC based actor, writer, and musician who has had the honor of performing on major stages all over the United States, including the Oregon Shakespeare Festival, South Coast Repertory, Baltimore Center Stage and ACT theatre in Seattle. He received his training and earned an MFA from the University of Washington in Seattle, and a BA from Cal Poly University in Pomona. He is originally from Monterey Park, California. His favorite people in the world are his nieces.

Some of his recent works includes Cambodian Rock Band, All's Well That Ends Well, King of the Yees, Vietgone, The White Snake, 'Hamlet/Tyrants, Lovers, Liars', Henry IV: Part I, and The Taming of the Shrew.