All About Romeo & Jules 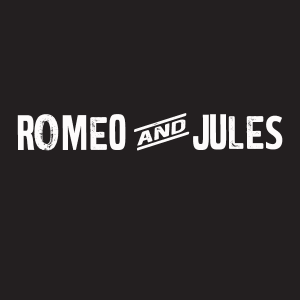 This Spring, the School of Drama will present an original, gender-expansive adaptation of Shakespeare's Romeo and Juliet called Romeo and Jules. We are excited to invite all members of the campus community to participate in this production, regardless of their level of experience with theatre. We've created this page to answer some questions about the show, and let you know what kinds of opportunities there are to get involved.

DESCRIPTION: What if your first love was someone you’d been told to hate? The most famous love story in the English language is not just a love story—it's also a tale of young people attempting to repair the damaged world their parents have offered them, and chart a new way forward. Will their explosive love spark a revolution, or will discord, violence, and unspeakable tragedy continue to rule? Featuring a gender-diverse cast of undergraduates from across the UW campus community, Romeo and Jules tells the story of what happens when the children of two families with very different worldviews fall in love. UW Drama Associate Director Geoff Korf directs this gender-expansive reimagining of Shakespeare’s tale of the destructive power of binary factions, and the transformative potential of youthful passion.

WHAT DOES "GENDER EXPANSIVE" MEAN? One of the goals of this production is to, in the words of adapter/director Geoff Korf, "crack open the 'binary-assumed' paradigm in our society." Because Romeo and Juliet is a play about feuds, factions, and youthful revolution, it lends itself really beautifully to our current cultural discourse around our evolving understanding of gender. "Gender expansive" here means that the adaptation and the production will hold space for the idea that not every character, or actor, must fit into a binary idea of gender. For example, in this production the character Jules, one of the two title characters, is a non-binary, gender neutral, or trans character, rather than a cisgender female character.

WILL YOU BE CASTING "GENDER BLIND"? No. Our intent is that the gender of each character will align with the gender of the performer playing the role. In many cases, this will mean that we will adapt the gender of the characters to align with the performers who are cast. In a few key instances, it will mean that some roles will be limited to performers of a specific gender identity. In the current version of the script, there are:
- 12 roles that can be played by a person of any gender identity
- 12 roles that would be specifically male or female (including both cisgender and trans identities).

WHO IS GEOFF KORF? Geoff Korf (all pronouns) is the non-binary adapter and director of this production. Geoff is the Associate Director of the UW School of Drama, where Geoff has taught lighting design since 2002. Geoff has been an ensemble member of Cornerstone Theater since 1996. Cornerstone is a professional non-profit theater company that has been creating theater in collaboration with a broad variety of American communities since 1986.  Cornerstone’s process is unique in that the company gets to know a community, asks for stories and input, and then creates a play that reflects that community. Geoff's process for this adaptation follows methodology originally developed by Cornerstone Theater. For more information visit: CornerstoneTheater.org

HOW CAN I GET INVOLVED?
Acting in the play: Auditions for Romeo and Jules will be held January 28th & 29th from 4 – 8 PM, and Wednesday January 30 from 10 – 11 AM in Hutchinson Hall on the UW-Seattle campus. All UW students are invited to audition, regardless of acting experience or gender identity. To learn more about auditioning, visit our Romeo and Jules audition page.

Helping to shape the play: If you are a student who considers yourself trans, queer, gender-neutral, non-binary, or gender fluid and you would like to be a part of shaping this non-heteronormative adaptation of Romeo and Juliet, please contact adapter/director Geoff Korf directly at gkorf@uw.edu.