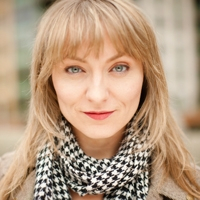 Marya Sea Kaminski (PATP '04) has been named the new Associate Artistic Director at Seattle Repertory Theatre. We second The Stranger's view: "a promising choice for the future of the Rep and the future of Seattle theater."

Gavin Reub (BA '10) participated in the Lincoln Center Theatre Directors Lab, a developmental program for nurturing stage directors from around the country and around the world, from July 7-26.

Elisa Pupko (BA '05) plays Lolita in Zorro! at the East Lynne Theater Company through August 30. At the end of the show, Elisa will have earned the necessary points to earn Equity membership. Congrats, Elisa!

As always, keep up with the accomplishments of our alumni and faculty by following us on Facebook.