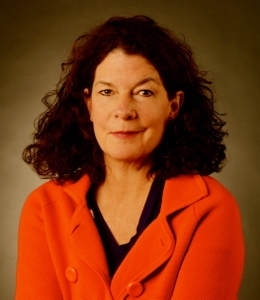 We are so excited to have welcomed new faculty member Bridget Connors into our School of Drama family this year. Bridget joins us as a Senior Lecturer in Voice and Dialect, after having been the head of Voice and Movement at Point Park University in Pittsburgh for over ten years. Last week I sat down with Bridget to learn a little bit more about our new addition!
- Bobbin Ramsey, Editor and Constituent Relations Officer

Hi Bridget, can you tell me a little bit about how you came to the UW?

Before coming to the University of Washington I was in Pittsburgh, Pennsylvania, where I taught at Point Park University for ten years.  As Head of the Voice and Movement Program I taught voice, speech, dialects, language and acting.  I have always admired the program here at the University of Washington and its outstanding reputation. When I became aware that my friend Judy Shahn was going to retire, leaving an opening  at the UW School of Drama,  I believed the position as voice teacher would be a good match for my personal and professional life and my teaching career. I was ready for a new chapter in my life, helping me to grow both as a teacher and as an actor. I was excited by the prospect of teaching graduate students again in an exceptional program, supported by a talented and inspiring faculty within the backdrop of a Research 1 institution. I am thrilled to be here.

What got you interested in focusing on the vocal element of theatre?

I grew up around sound, music and language. My mother Irene was a  voice teacher and actress. From a young age I was exposed to the transformative power of voice and its relationship to acting and the world we live in. Not surprisingly I pursed vocal training, vocal performance and singing at the University of Michigan School of Music, followed by earning my MFA in Acting at the California Institute of the Arts. I continued to deepen my understanding of the connection between voice, body, language and the acting process as the way in to character development and dramatic realization of the play. It just made sense to me. It was a natural progression for me to continue to study and train as a voice and language teacher,  specifically in the Linklater Voice Technique, which I pursued post-grad training. I worked with Kristin Linklater and several other master teachers over a series of years, culminating in my designation as a Linklater voice teacher. I continued to develop teaching exercises that focus on the connection of the spoken word to the emotional landscape of the character - the physical, intellectual, spiritual relationship to the character and the language in the world of the play. This is what really interests me. In any text that I am working on whether it is classical, contemporary, or a song, I always return to the central connection of thought, breath, feeling, sound, impulse, language, and the world of the play.

Read the full interview on our blog.