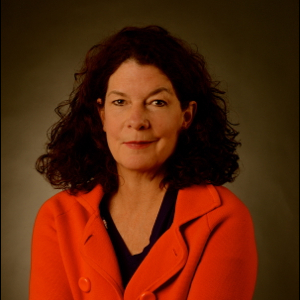 Bridget Connors been teaching voice, speech, dialects, and heightened text for over 20 years. Before coming to UW, she was Professor and Head of Voice, Speech and Movement in the Conservatory of Performing Arts at Point Park University since from 2007 – 2016, and Associate Professor at Florida Atlantic University from 1997-2007, including Head of the MFA Acting program from 2003-2005.

Awarded a BFA in Vocal Performance from the University of Michigan School of Music and an MFA in Acting from California Institute of the Arts, Bridget has also studied with Louis Colaianni, Dudley Knight, Phil Thompson, Andrea Caban, and most notably with Kristin Linklater and Andrea Haring to receive her Designation as a Linklater Voice teacher in 2003. She is honored to be a Founding Member of the Kristin Linklater Voice Center in Orkney, Scotland. Bridget credits the inspiration and impetus to pursue an artistic life to her first vocal teacher and mother, Irene, voice teacher and former Associate Dean at California Institute of the Arts.

Leading roles in regional theatres across the country include Paulina in The Winter’s Tale, Beatrice inMuch Ado about Nothing, Lady Macbeth (New Theatre), Adrianna in The Comedy of Errors, (Oregon Shakespeare Festival), Helena in A Midsummer’s Night’s Dream (South Coast Repertory), Princess of France in Love’s Labour’s Lost (Colorado Shakespeare Festival), Bianca in The Taming of the Shrew (Shakespeare Santa Cruz), Marianna in Measure for Measure (Idaho Shakespeare Festival), and Margaret in Much Ado About Nothing (PCPA Theatrefest), Nora in A Doll’s House opposite Bryan Cranston (Shakespeare Santa Cruz), Nina in Brooklyn Boy, Agnetha in Frozen (Gable Stage), Susannah The Clearing (Florida Stage) Sister-in-Law in Yerma(Indiana Repertory Theatre), Daughter in Quilters (Arizona Theatre Company), Mrs. Gibbs in Our Town, Marty in Circle Mirror Transformation (Pittsburgh Public Theatre), Woman in All the Names, Gabrielle in When the Rain Stops Falling, Dolores in Yerma (Quantum Theatre), Mrs. Bumble in Oliver Twist, Mary Bryne in the Tinker’s Wedding, Mary Costello in When the Moon has Set (Pittsburgh Irish and Classical Theatre), Carol in the world premiere of A Confluence of Dreaming, and Margaret in The Queens (Pittsburgh Playhouse Rep).

Bridget was an Associate Theatre Artist in the company at New Theatre in Coral Gables, Florida where she performed in numerous productions and served as voice/text coach under Rafael de Acha, founder and former Artistic Director of New Theatre. She also performed in several productions as a Guest company member with A Noise Within Theatre in Southern California under the Artistic Directorship of Geoff and Julia Elliott.