Finding time for rest in an industry of feast or famine 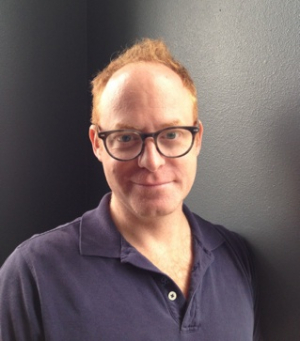 Working as a theatre professional can be exhausting. I know this first hand because my wife is an actor and I am a playwright. Since returning to Seattle from New York after 7 years last August, she hasn’t stopped working, cast in show on top of show, and I have had my own workshops and rehearsals. Because we have a 3-year-old son, and need the paycheck, all of the work has been a blessing, but as anyone in the arts can attest, it is also a challenge that can sap all your energy, creative or otherwise. In August she closes a show and we get one glorious month together before the next show starts, a month to rest, recharge, and just be parents; of course she also won’t be working, which means she needs to be preparing for the next thing. Still, after a very busy year we will finally have the option to slow down and take a breath.

That being said, just because we slow down doesn’t mean the industry will. Talk to any working theatre professional and eventually you will end up in a conversation about how many jobs they have now and what’s coming up after. Often this lifestyle revolves around feast or famine with equal parts of both; when we desire feast, we famine, and when we want famine, aka rest, we feast. It can be an exhausting process no matter where you fall on the work spectrum, as you are constantly trying to hunt down your next job, while at the same time, catching up mentally from the last one.

In the depth of this strangely hot summer in Seattle, it can feel like things have slowed to a crawl as people leave town, take breaks, end seasons, and in UW’s case, let out for summer. That feeling is tempered by the fact that theatre never really stops—it is always moving toward the next show, season, or event. So how do we hone our skills when we also need to relax and recoup? I reached out so to some members of the UW theatre community to see what they did to stay sharp, on top of their craft, and working, while still taking some time for themselves.

Todd London has just finished his first full-year as Executive Director of the UW School of Drama and he is about to lead the department into its 75th anniversary. A year that will be busier than usual, with over 20 plays and events planned. How does he want to spend time before being thrust into a new year? “I’m hoping to spend some time near beautiful Northwest bodies of water with my family. Also, I’m starting to learn how to make mosaics. As you cut glass and porcelain tiles and figure out where on the sticky template to place them, it’s impossible to think of, or worry about, anything else.  Except, of course, how badly your mosaic looks. Hoping to do some writing.  But then I’m always hoping to do some writing.”

Marya Sea Kaminski, a PATP graduate and the Associate Artistic Director at Seattle Rep, takes a regional approach to thinking about summer and her time off. “I've lived in a lot of places, but Seattle summer is special—it reminds you how powerful sunshine and dirt can be. The energy here in the summer recalls me back to the things that make us vivid with one another—long days, meals outside, animals, water, reading. These are essential ingredients to a creative process, at least for me.”

Alexander Technique teacher, Cathy Madden, has been spending time traveling and working, both locally and in Japan. “Teaching in Japan, with my translators, refreshes my word choices,” she said via email. In addition, “Teaching continuing education workshops for teachers of the Alexander Technique, and those learning to teach, clarifies and develops my own teaching choices. Spending time with my global family of friends at an International Congress of the Alexander Technique strengthens my vision/mission. And I get to play with friends I see rarely!”

Incoming design lecturer Skip Mercier had this to say, “When I am really lucky I see a show and know none of the creators (like a dancing circle in Irish ruins recently). I wonder if this is the only time I am really objective. I walk nearly every early morning, in any weather, and appreciate how the world transforms in different conditions. Walking feeds my spirit, helps me sort out mental clutter and dream.”

Then there are those working so much they don’t even realize they haven’t had any time off. Jeffrey Fracé, who teaches Suzuki and Viewpoints, is one such person. “It seems I’m working constantly. My summer months are full of back-to-back productions, so when I noticed I had only two empty weeks left for the year (the first two weeks of September), I blocked them off so I wouldn’t book anything. I still don’t know what I’m going to do with them, and I will probably have some homework to do, but it’s the closest thing I’ll have to time for myself this year.”

It seems that no matter who you are, working in theatre, you never really stop. We are always on the edge of some new idea or experience that will flow directly into our work no matter what. Taking a break and working are all part of the same cycle, and equally necessary, as we move forward into a new year and new season.