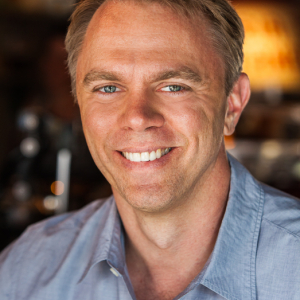 Jeffrey Fracé is a veteran theater artist with more than 100 professional credits in the past 30 years as either an actor, director, writer, or producer. Best known as an actor, he is a former Associate Artist of Anne Bogart’s SITI Company, performing, touring, and teaching with the company for over 10 years. Recent acting credits include The Life Model at On the Boards, Betrayal at North Coast Rep in California, and Rapture, Blister, Burn; Celebration and Old Times (Pinter Festival); and Lieutenant of Inishmore, all at ACT Theatre in Seattle. Other credits include the Kennedy Center, New York Shakespeare Festival, American Repertory Theatre, Actors Theatre of Louisville, Alabama Shakespeare Festival, Nashville Shakespeare Festival, Stonington Opera House, Cleveland Public Theatre, Chopin Theatre Chicago, La MaMa ETC and the Iberoamericano Festival of Bogota. His directing credits include Merry Wives of Windsor, Measure for Measure, As You Like It, Hamlet, Macbeth and Romeo & Juliet for Stonington Opera House; Mother Courage and Her Children and 1984 for People's Branch Theatre; Romeo & Juliet and A Midsummer Night's Dream for Arkansas Shakespeare Theatre; Don Giovanni for New York Repertory Ensemble. His original work/devised performance credits include The Life Model at On the Boards; 10 Real Star Acts at Stonington Opera House; and Once Upon a Time 6x in the West, Harp Song for a Radical, Barbarians and Untying My Cement Shoes for University of Washington; plus, independently produced adaptations of King Lear, and Camus’ The Stranger. He is a founding member of the award-winning ensemble Conni's Avant Garde Restaurant, writing for and performing in their original shows in New York and nationally. Originally from Nashville, Tennessee, he worked in Chicago for four years before relocating to New York City, where he received his MFA from Columbia University. He is now based in Seattle, where he teaches acting, directing, movement, and devising theater in the MFA program at University of Washington.