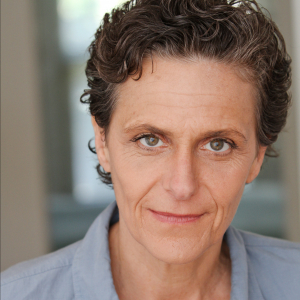 Amy is proud to have been working in the theatre for over 30 years, and in Seattle for slightly more than 20 of those.  She has been the casting director for the Seattle Shakespeare Company since 1997, and has played many roles there, including Cleopatra, Beatrice, Prospero, Lady Macbeth, Cassius, Adriana, Helena, and Titania.  She's also acted at Seattle Rep, the Intiman, Book-it, Seattle Children's Theatre,  and Strawberry Theatre Workshop. In Seattle, she's also very pleased to have been in the two productions of Upstart Crow, (Titus Andronicus and King John, both directed by Rosa Joshi).  She is  deeply proud to be a founding member of the New Century Theatre Company, for whom she played roles in The Adding Machine, Holy Days, Stephanie Timm's On the Nature of Dust, and The Trial.  She's the recipient of a Stranger Genius Award, and three  Seattle Gregory Awards. Nationally, she has worked at the Oregon, Utah, Colorado and Santa Cruz Shakespeare Festivals, the Alley in Houston, the Geva Theatre, and the Denver Center. She teaches Shakespeare at the University of Washington and at Freehold Studio Lab, and the plays of Beckett and Pinter at Cornish College of the Arts.  She received her MFA from the National Theatre Conservatory at the Denver Center for the Performing Arts.