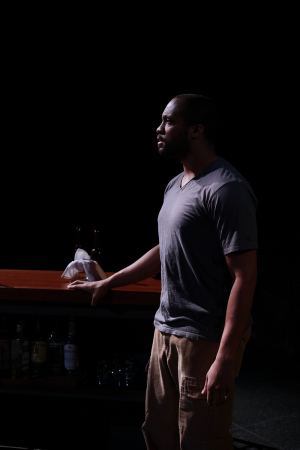 Students, facutly, and staff keep busy in the summer months too! Check out the work being done outside of Hutchinson Hall.

Tré Cotten (PATP) can be seen in the world premiere of Daisy at ACT Theatre, originating the role of Clifford Lewis.

Matt Webb (MFA Lighting) is assisting Robert Aguilar on Wedding Band and is the lighting designer for Priscilla Queen of the Desert at ZACH Theatre in Austin, TX.

Karen Hartman (Senior Artist-in-Residence) is workshopping her play Project Dawn at People’s Light, outside Philadelphia, where it will be produced in June 2016. She will also do a reading of Good Faith, a work-in-progress, at Yale Repertory Theater and enjoy some family travel to Italy and Greece!

Val Mayse (costumer specialist) will be spending the summer making the costumes for the Chamber Dance Company.

Emma Broback (BA ’16) will spend August traveling abroad in Edinburgh with the School of Drama, seeing over 30 shows and expanding herself as an artist and scholar. She will also travel to San Diego for Comic Con International, where she will be helping to host three panels on: virtual reality, "Putting humans on Mars” (a collaboration with NASA) and Artificial Intelligence. Additionally, she is working as a freelance graphic designer with theater companies such as 1-Off Productions, and auditioning around the Seattle theatre community.

Civic Rep, the theatre company founded by L. Zane Jones (faculty), is co-producing a play reading series at The Vashon Center for the Arts. Zane is also directing a workshop production of a new play by Thea Cooper called The Perfect American, which will run for four performances, Sept 8–11, at The Slate in the INScape Arts Building.

Thorn Michaels (MFA ’16), will be assistant lighting designing for the Lincoln Center Festival, as the 2016 Gilbert Hemsley Intern. Also as a part of that internship, she will be assisting in summer and fall at San Francisco Opera, and later in the winter for New York City Ballet and Alvin Ailey American Dance Theatre.

Jeffrey Fracé (faculty) will be driving to Maine and back, writing the first draft along the way of his new play Nightswimming.

Peter Sakowicz (BA) will be studying theater through a UW affiliate program in London and then will be going to the Drama Study Abroad program in Edinburgh.

AJ Friday (PATP) will attending the Guthrie Experience at the Guthrie Theatre in Minneapolis.

Bahar Karlidag (PhD) presented at the International Federation for Theatre Research conference in Stockholm. She will be in Austin, TX at UT Austin's Harry Ransom Center for Performing Arts as a dissertation fellow from mid-August till mid-September.

Michael Monicatti (BA) will be studying abroad this summer in Edinburgh with the School of Drama. He also plans on returning to London both before and after the program to revisit friends from his time at the Globe in 2015!

Cathy Madden (faculty) is teaching during A Term, then heading to Tokyo and Osaka in July to teach with Body Chance. She will also lead her annual Friday Harbor Residential Retreat. In early September, she’ll fly to Sydney and Melbourne to teach at Alexander Technique Training Schools, all the while working on editing a collection of chapters on integrating the Alexander Technique into performing arts pedagogy, Galvanizing Performances (Jessica Kingsley, Publisher).

Tamsen Glaser (PATP) participated in a reading of Macbeth at Seattle Rep, directed by Erica Schmidt, on June 20 and is an actor in Sean Ryan’s (MFA Directing) 218 project, The Heidi Chronicles.