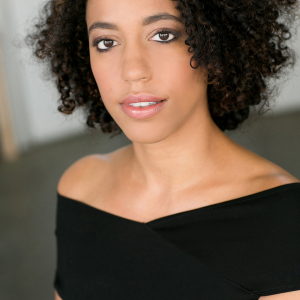 Claire Fort graduated from Kenyon College with her B.A. in Drama. Born in Wilmington, NC, Claire is the daughter of a poet, and dancer. They greatly influenced her acting and writing. Claire received her B.A. in Drama from Kenyon College. Claire pursued her passion for Shakespeare, and studied at The London Academy of Music and Dramatic Arts (LAMDA).

Claire earned her Actor's Equity card playing the title role in Romeo and Juliet at Indiana Repertory Theatre. Claire relocated to New York City, before pursuing her dream of continued actor training at the University of Washington. Her background in movement, dance, and physical theatre was illuminated at the University of Washington during her three years training in Suzuki/Viewpoints.

Claire will receive her MFA in Drama from the University of Washington in spring, 2016. She plans to move to LA to pursue a career in Film/TV, specifically comedy and improv. She is writing a feature-film with her sister, Shelley, based on the marriage of their bi-racial parents, their pursuit of the American dream, and as James Baldwin wrote, the price you pay for the ticket. Claire is also expanding her solo show "Don't Wake Granny" into an hour-long comedy show.