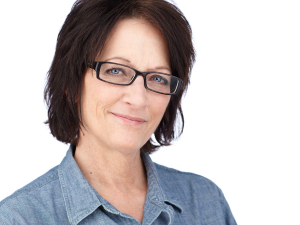 Professor L. Zane Jones is staying busy this year. Before she directs Sarah Ruhl's Orlando for the School of Drama mainstage this spring, she is directing the revolutionary new opera As One. As One tells the story of a transwoman's journey to self-understanding. With only two singers, and performing at Washington Hall in Seattle's central district, this intimate experience will be an entirely new type of opera for many.

BR: Tell me a little bit more the origin of this project.

ZJ: As One the opera was developed at [Brooklyn Academy of Music] in the new opera development program, and premiered there in 2014. Last year, Kelly Kitchens, who is a director in town who I have befriended her during my time here, contacted me because she was working at the Seattle Opera in the community engagement and outreach program. Barbara Jameson, who is the director of the community engagement and outreach program, wanted to meet with me and Kelly said “we have this thing, we want to see if you are interested in.” [As One] is the first in what is going to be a series for them of community engagement projects - smaller operas, that are performed in different parts of the town, so they are engaging communities that the Opera doesn’t engage with people who wouldn’t usually come to see opera. To do work that is diverse, other kinds of stories, they want to broaden the base of the types of stories they are telling. This is about a transwoman and her journey, so that’s not a story that is told very often through opera, or anywhere for that matter.

To do work that is diverse, other kinds of stories. They want to broaden the base of the types of stories they are telling. This is about a transwoman and her journey, so that's not a story that is told very often through opera, or anywhere for that matter.

BR: What does this piece mean for the future of opera?

ZJ: That’s a great question, and I don’t know if I can totally answer that, because I am new to the whole world of opera. I have never directed an opera, and I haven’t seen many before. I told Kelly [Kitchens] that when she asked me to direct it, I think they wanted to have a queer artist to direct it and she knew me and knew my work so she thought I could have at it. I certainly am interested in the form, the woman who composed it called it kind of a song cycle, it’s not really a narrative structure, it’s very episodic. Also, because it’s only two singers, and because of the subject matter and the fact there is only a string quartet, it is meant to be really intimate. Even though we are doing it in Washington hall, which is a pretty good sized hall, the idea of what we are trying to make it something more intimate, and also make it more accessible. Because I find [opera] distancing too, the formality of it. It’s challenging because the sound is so grand, it’s a powerful element to work with as a director. It’s complicated, interesting music. Dissonant at times. And working with Skip Mercier, who is designing the set, and Melanie Burgess who is doing costumes, we are talking about [the intimacy] of it. It’s a very personal, private journey that we are making public.

BR: What are the ways this is going to be a different process for you as a director?

ZJ: I imagine it’s like the acting for film and acting for theatre thing. It’s like acting is acting, right? And telling stories is telling stories. I sat in on some opera rehearsals which was fantastic, a month or so ago when I knew I was doing this. I kind of sat there and was like okay yeah, I can do this. I think the main thing that’s different to be quite honest is who’s in charge, with stage directing, I don’t have the same question of knowing what my responsibilities are and what they aren’t. I think the structure of the process and having a conductor, a maestro, is different from having a musical director when you’re directing a musical. The conductor is right up there with the director, it’s really co-directed whereas in the other kind of theatre that I do, it’s the director and everyone else is working underneath this central person. I guess the structure of it might be a little bit different and certainly the fact that the whole story is told with music will be different. My experience mostly has been with would fall under the category of realism. And it’s not that [As One] is not, but it’s very poetic, its poetry that’s sung.

I'm not a Greek history scholar but I know enough about the Greeks to know that [theatre] was meant to be a civic experience.

BR: What do you think is the importance of theatre engaging with the issues of our time?

I always have been [engaged], certainly as an artist myself. With the two companies I’ve had over the years, I have always had an interest in subjects around power for instance, so, gender, ethnicity, race, you know, sexual orientation, those issues have always been the plays that I have almost always worked on. And I’ve always wanted to include more [stories] which is kind of cool about the Opera because it is doing that. There are some transwomen that I’ve met and a transman that I am trying to get involved to speak at the beginning of the performances and to tell their stories. Then the opera performs, and then afterwards there is going to be this whole discussion with activists from around the city. So it is a real community engagement event, and educational project. So I am super excited about the way the whole event is designed. Because I think in the theatre that was from my generation, there was always a talkback. Maybe you would throw up some posters in the lobby, which always seemed a little insufficient. I do believe in the Greek tradition. I’m not a Greek history scholar but I know enough about the Greeks to know that [theatre] was meant to be a civic experience, I mean my company’s called Civic Rep after that tradition. It is meant to be a civic discourse. The theatre is meant to be the place that we come and hash things out. It’s not just about rehearsing the play and presenting it, but sharing something that we’ve been learning about. Like I’m learning all about transgender people and the movement. I am a lesbian and a feminist from the 70’s and 80’s and I was involved in Act Up and the whole AIDS movement -  that was my generation, you know Tony Kushner, Angels in America, that’s my generation and I met some trans people along the way but that’s a whole another thing, it’s a whole new movement.