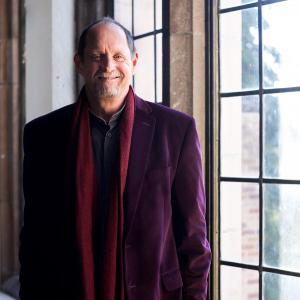 contributions to numerous anthologies. His books include Rehearsing the Revolution (University of Delaware 1999), The Colonial American Stage: A Documentary Calendar (AUP: 2001), Absence and Memory on the Colonial American Stage (Palgrave-Macmillan, 2005), London in a Box (Iowa 2017), a finalist for the Theatre Library Association Freedly Award, and Ruins: Classical Theatre and Broken Memory (University of Michigan, 2018), as well as contributor to the Oxford Handbook of Dance and Theatre, Oxford Handbook of The Georgian Theatre, the Oxford Handbook of American Drama. He is currently working on a book on revolution and genres that explores the structures of the imagination. He teaches a range of theatre and performance history courses for the undergraduate program, and seminars in theatre history for the doctoral students. These seminars range from the studies of the classical past, Conversations with Antiquity, to the Baroque spectacles of power, the Early Modern and Transnational, the Long 18th century, historiography, and recently, Staging the City, a class on cities and civic identity taught in Rome. Professor Johnson previously held the Floyd and Delores Jones Endowed Professorship in the Arts, and has recently been honored as a Distinguished Alumnus from the University of Utah.