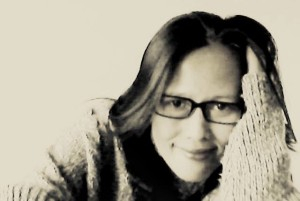 You are invited to a casual, lunchtime conversation between UW Drama faculty member and playwright Karen Hartman and playwright. director, producer, and activist Faiza Mardzoeki.

Faiza Mardzoeki's fourteen theater productions have been staged in Indonesia and internationally. Three of her plays have been published as books, including Silent Song of the Genjer Flowers, the filmed version of which will be screened here at UW in the Allen Library Auditorium on Saturday, November 4th from 1:00 - 4:45 PM (more info here). In addition to her work in theater, she is active in women's rights movements both in Indonesia and abroad. She was an elected member of the Jakarta Arts Council from 2013-2015.

This Brown Bag Lunch is produced in partnership with the Southeast Asian Center at the Jackson School of International Studies.