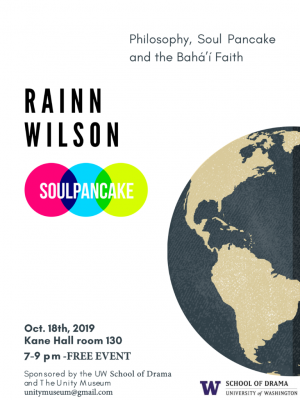 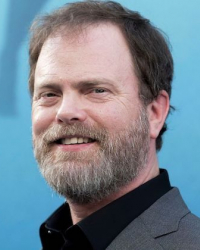 UW Drama honorary alum Rainn Wilson will give a talk entitled Philosophy, Soul Pancake, and the Baha'i Faith on Friday, October 18th at Kane Hall. The event is free and open to all.

Wilson is perhaps best known for his portrayal of the character Dwight K. Schrute on the long-running TV series The Office. He's also the founder of the website and YouTube channel Soul Pancake, which is dedicated to content that "explores life's big questions, celebrates humanity, and champions creativity." He attended UW and studied acting in the School of Drama before earning his MFA in acting from NYU's Tisch School of the Arts.