Online - Coffee and Concepts: Creeps and the Critics: disability theatre’s challenges for journalism 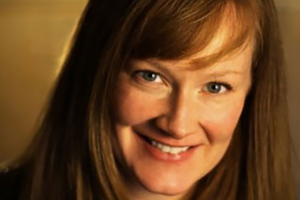 Kirsty Johnston, a disability performance scholar from the University of British Columbia, will offer a talk entitled “Creeps and the Critics: disability theatre’s challenges for journalism.” Recently produced in both Seattle (2014)  and Vancouver (2016), David Freeman’s 1971 New York Drama Desk award winning play Creeps has posed significant critical challenges for both artists and critics. The play is important for disability theatre and performance scholars not least because it is the first offered by Victoria Ann Lewis in her landmark 2006 collection, Beyond Victims and Villains: Contemporary Plays by Disabled Playwrights. Emphasizing Freeman’s pioneering decision in Creeps to feature many different disabled characters in cahoots and argument together, Lewis argues that Creeps “prematurely [bore] theatrical witness to wrongs that would not find political analysis and advocacy until later in the decade” (xxxiv). The recent staged readings and productions have generated complex artistic and critical responses.

KIRSTY JOHNSTON, B.A.(Queen’s), M.A.(U. Toronto), Ph.D. (U. Toronto), specializes in dramatic literature and theatre history with particular interest in disability arts and intersections between health, disability and performance. Other research interests include Canadian theatre and intercultural theatre. Her work has appeared in such journals as Modern Drama, Theatre Topics, Theatre Research in Canada, Journal of Canadian Studies and the Journal of Medical Humanities. Her monograph, Stage Turns: Canadian Disability Theatre was published by McGill-Queen’s University Press in 2012. It received the 2012 award for “Best Book in Canadian Studies” from the Canadian Studies Network-Réseau d’études canadiennes.