Up Next: The Beggar's Opera 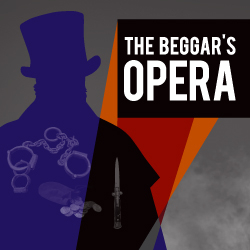 Former Czech Republic president, political dissident, and playwright Vaclav Havel borrowed characters and plot elements from the iconic 18th century The Beggar’s Opera and the more recent Three Penny Opera to create an entirely new commentary on 20th century society. This updated non-musical version of The Beggar’s Opera is set in a farcical underworld where no one can be trusted. A large cast of energetic BA students tells of a satirical society where adversaries lie, deceit is commonplace, and shifting alliances come as second nature. Nothing is quite what it seems, but irony and absurdity abound.