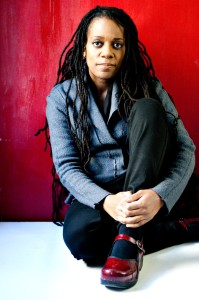 Lydia Fort (MFA Directing ’06) has made a few cross-country moves: First, graduating from New York University with a B.A. in Media Studies and Theater. Then earning her MFA in Directing from the University of Washington, only to move back to New York, where she became a Time Warner Foundation Fellow of the 2012-2014 Lab at Women’s Project Theater, an Affiliated Artist with New Georges, a TCG New Generations Future Leaders Grantee, New York Theatre Workshop Directing Fellow, and Drama League Directing Fellow, as well as an Assistant Professor at City College/CUNY. Now she’s landed back on the Pacific coast: This time in San Diego as the new Executive Artistic Director at Mo’olelo Performing Arts Company.

Lydia has barely touched down at Mo’olelo, having arrived at the end of May, but she recently took the time to chat with us over email about her time at UW and her new role at Mo’olelo.

What drew you to the MFA Directing program at UW?

Initially, I was intrigued by the prospect of being able to explore directing from multiple perspectives like adaptation and film. But it was really when I came out for my second interview/audition that cinched it. I found that the program was interested in helping me discover who I am as director rather than molding me into their version of what a director should be. It felt like they were saying, "We are dedicated to helping you unearth yourself as an artist, and excited to see what you'll become." By that point I had been through a few interviews for other schools and felt like their programs were factories – suck you in, spit you out. In contrast, UW felt unique.

The program was interested in helping me discover who I am as director rather than molding me into their version of what a director should be.

How did the program challenge you as an artist? As a student? As a teacher?

In so many ways! When I was teaching undergraduate theatre students they would often ask for my advice about whether or not they should go to grad school. It usually started with a question that revealed their fear that they weren't capable enough to do the work grad school demands. I would always share that in my experience it wasn't that the work was too hard (not to say there wasn't a lot – you'd be in class/rehearsal from 9am-11pm six days a week), but really what was hard was the work it forced you to do on yourself. That was the real challenge. Addressing those very personal fears/beliefs/dreams/etc. Ultimately though, is this not the work of an artist: to examine ourselves, our self in the world, and formulate an expression of sharing that with others?

Secondary was the practical knowledge I gained about the techniques, theories, and tools directors use. And I don't want to diminish that aspect. I decided to go to grad school because I knew nothing about these things and wanted to learn them. This was huge and I learned everything that I know about directing at UW.

Do you have a favorite memory from your time at UW?

I typically don't like watching shows I've directed. I much prefer to wait outside. But there would be certain moments I loved in each play I directed at UW, and I would peek into the theatre to watch over and over. I remember those moments and I still get excited about what we all had collectively created – they are still magical.

What accomplishment, since earning your MFA, are you most proud of?

Being a Theatre Communications Group (TCG) New Generations Future Leader grantee. It opened up so many doors for me and allowed me to do so much, including a trip to China as a part of the U.S. delegation to the International Theatre Institute World Congress in 2011. In fact, I was introduced to Mo`olelo through being a TCG grantee.

While at City College/CUNY, you developed a course in Theatre for Social Change. Can you speak to how theatre has the power to drive social transformation?

I've heard people talk about their work in Sudanese refugee camps; with children who were abducted and trafficked in Bangladesh; with artists from countries who are at war with each other; and with prison populations here in the U.S. I've seen inmates in prison in Poland perform an adaptation of Macbeth. I've worked with political asylum seekers. It changes your perspective to see and hear directly from people how theatre has transformed them.

Context and purpose are incredibly important to me and yet we don't ask artists to deeply consider these things.

I think every theatre department should have a class on theatre for social transformation. Just so students are exposed to it. Colleges teach students to be theatre makers, but I always want to add one of Jon Jory's favorite prompts: "To what end?" Context and purpose are incredibly important to me and yet we don't ask artists to deeply consider these things. Personally, I don't go to the theatre to be entertained. I go with the hope that I'll be transformed in some way. The scale of that transformation is expansive – how expansive is determined only by how big we are able to imagine.

What are you looking forward to as the new Executive Artistic Director at Mo’olelo?

So many things!! I am really excited about being able to program my own season. To be able to do work that generates the kinds of conversations I want to be having with people; To be able to employ artists whose work I adore; To discover new artists whose voices I can help share with others; To build a community of artists who are passionate about the world they live in. I could go on and on you know...